Which Party Will Solve The Housing Crisis? Comparing The Manifestos 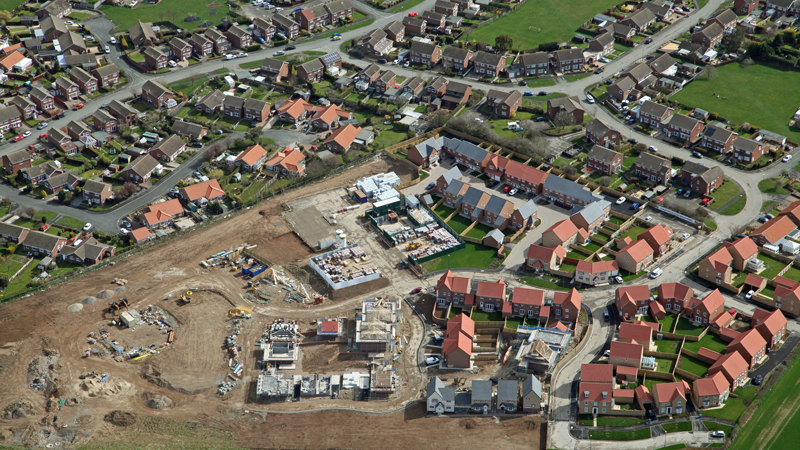 It’s crunch time. The snap election might have come as a surprise, but now the manifestos have been published, the campaigning can really begin. We’ve been watching it all unfold with interest, keeping a close eye on each party’s position on one of the major challenges of our time - housing.

Whether you’re a first-time buyer, a homeowner, a renter, or a buy-to-let landlord, the next government has the power to determine the future of your housing market.

We’ve rounded up what each party’s offering so you know exactly who’s promising what, how they’re planning on tackling the housing crisis, and whether you think it’s likely to make a difference.

What are the parties saying?

We’ve heard it many times before: the Conservatives led by Theresa May will provide ‘strong and stable government’, but how true is this when it comes to housing? Read the full Conservative manifesto.

“I’m all for building more homes, but the focus should be on affordability rather than just numbers. The new homes we’ve seen built in our area aren’t affordable, so just building more of them isn’t solving the problem of helping first-time buyers get on the ladder. The Help to Buy scheme is great in principle, but in reality it doesn’t apply to everyone - the maximum amount you can purchase is £250,000, and the average home price where we live is more than that.” Lauren - 25, Hale, Cheshire

May’s social care plan is causing the biggest stir. Although it’s the older generations that will be affected the most heavily by the plan - which makes those with assets over £100,000, including property, liable to pay for their own care - the younger generations could find themselves affected too. Pensioners won’t have to take the money out of their property whilst they’re alive; instead, the money will be deducted from their estate when they die. As a result, those in line to receive inheritance - perhaps for a deposit of their own - may have those hopes dashed.

Jeremy Corbyn’s policies focus on creating ‘housing for the many, not investments for the few’, and Labour’s manifesto suggests they’re serious about making that a reality. Read the full Labour manifesto.

“I’m currently renting and hope to buy one day. My main concern is that it’s difficult to save for a deposit when so much of my income is spent on rent. I just renewed my tenancy and the rent went up for the second year in a row, so the three-year tenancy plan would hopefully help me save for a deposit more quickly.” Caitlin - 24, London

Labour’s pledges have the power to make a difference in helping first-time buyers get on the ladder. Like the Conservatives, there’s a focus on improving the quality of housing and making homes more energy efficient. There’s potentially some good news for renters, too - three year tenancies might offer more security, although not all renters will welcome the idea of being locked into a three year contract.

The Lib Dems have gone the furthest with their homebuilding targets, focusing on getting people onto the property ladder. Read the full Liberal Democrats manifesto. 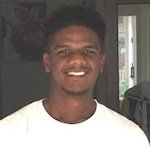 “Governments always seem to set ambitious targets, but the last time 300,000 new homes were delivered was in the 70’s. Realistically, I don’t think a Lib Dem government would manage to reverse this trend. These policies sound appealing but I’d worry in practice they’d only make the housing crisis worse. The Rent to Own scheme is reminiscent of Thatcher’s Right to Buy scheme, which ended up with lots of social homes being rented privately, taking them away from those in need. We need tougher housing policies to make sure that housing is about creating homes - not just assets to buy and sell.” Alex - 26, London

Private renters and those saving for deposits might welcome the Lib Dem proposals. The Rent to Own idea could go down well, cutting out the need for deposits altogether as families pay rent in lieu of mortgage payments for the first 30 years. Those on the scheme would need to meet typical mortgage requirements, and The Telegraph reported how the scheme could cut out the need for the ‘Bank of Mum and Dad’.

How do the other parties stack up?

haven’t published their manifesto yet, but they’ve said in this parliament they’ll invest over £3 billion to build at least 50,000 new affordable homes in Scotland, with 35,000 of these for social rent. They’ve also said they’ll continue to invest in the Help to Buy and Shared Equity schemes to help first-time buyers get on the housing ladder. Read the SNP housing policy in full.

has pledged to abolish the bedroom tax, has committed to building 100,000 affordable, zero-carbon homes (including social rented homes) a year by 2020, and has said they will put empty homes to use. They’ll also introduce rent controls and longer tenancies for renters, as well as supporting the development of renters’ unions. Read the Green Party manifesto in full.

hasn’t published a manifesto yet, but made pledges in the local manifesto to end Right to Buy for foreign nationals, alongside the introduction of leasehold reform to make it easier for leaseholders to extend their leases and challenge unreasonable service charges. They’ve also said they’ll protect the green belt, making it more appealing for developers to build on brownfield sites. Read the UKIP local manifesto in full.

What’s missing from the manifestos?

Although all parties have said they’ll build between 100,000 to 300,000 homes a year, Labour has guaranteed the 1 million homes they’ll build will be for ‘genuinely affordable rent or sale’. Fortunately, the Tories and Labour do agree on what ‘affordable’ means - according to The Guardian, this is 80% of local market rent.

Over 3 million UK homeowners currently have a Standard Variable Rate mortgage, paying an average of £3,500 per year more than they’d be if they switched to a market leading rate.

From our own research, we know that many people find the initial experience of applying for a mortgage stressful and complicated and avoid going through it again. Many more don’t understand mortgage jargon and terminology, or are unaware that they could be saving a fortune by switching. Others aren’t receiving enough support from their broker or lender.

This could have been another opportunity for a party to step up and address the challenge with suitable policies. Encouraging the mortgage industry to take notice of these issues could put thousands of pounds back in people’s pockets every year.

I’m worried mortgage rates will go up before I’ve had chance to secure a deal - what can I do?

Mortgage rates are at historic lows and regardless of the election, it makes sense to look at all options by speaking to a mortgage broker. You can lock in a low rate by getting a fixed mortgage now as interest rates aren’t directly linked to whichever party gets in. However, the economy is reliant on the state and stability of the country, so the Bank of England might try to control for this through the base rate, which will in turn affect mortgage rates.

I’m looking to buy and want to take advantage of current low rates. Who’s got the best policies to help?

Helping first-time buyers get on the ladder is high on the agenda for all parties, and all have said they’re committed to building more homes. If you’re renting privately, Labour and the Lib Dem’s three year tenancy policy could help with budgeting to save as rents won’t go up year on year. Help to Buy could help you save up a deposit more quickly - the Conservatives have said the scheme will continue, whilst Labour have said they’ll guarantee the scheme until 2027, as well as reserving some homes for first-time buyers.

I own a leasehold house on a new development - who’s going to help me buy the freehold at a reasonable price?

Both the Conservatives and Labour have said they’ll protect people who own leasehold houses. Labour goes a step further to say they’ll stop the practice of developers selling new homes as leasehold, whilst the Tories have committed to creating ‘fairness and transparency’ around leaseholds.

I own my home but I’m concerned it won’t be left for my children. Is this likely to be the case?

Under the Conservative plans for social care reform, anyone with assets worth more than £100,000 will have to pay for their own care, which for the first time includes care at home. However, if you’re over the threshold, there’s a £100,000 baseline beyond which your assets would be protected. May has stressed the policy is about creating ‘fairness across the generations’, which might ring true for some people - others less so. The Conservatives have announced there’ll be a cap on the amount to be paid, although there’s no details on numbers just yet.