Would you pay a £180k premium to get your child into a top state school? 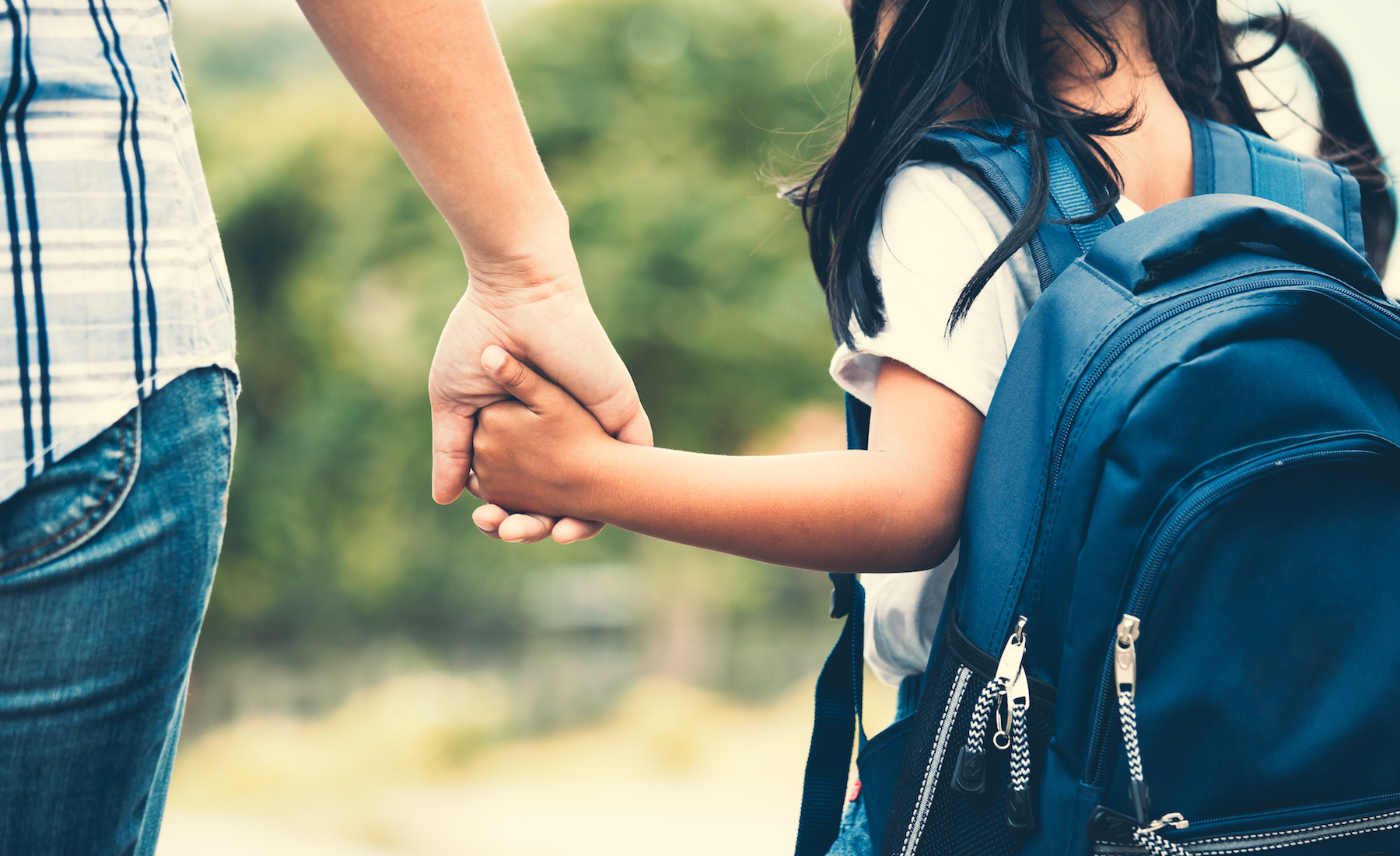 Parents would need to pay a £180k premium to buy a home near an ‘outstanding’ state school in England, our latest research has found.(1)

Talk about investing in your child’s future!

But is it worth it? And could you afford to do this in your area of the country? Read on to find out.

You might remember one day at school, seeing someone sat quietly at the back of your classroom with a clipboard. Chances are, they were from Ofsted - the government department responsible for reporting how well our nation’s schools are performing.

If they were sufficiently impressed with your school, they might give it their highest rating - ‘outstanding’.

Homes within an outstanding school’s postcode carry an average asking price of £427k. That’s 73% higher than the national average of £247k.(3) 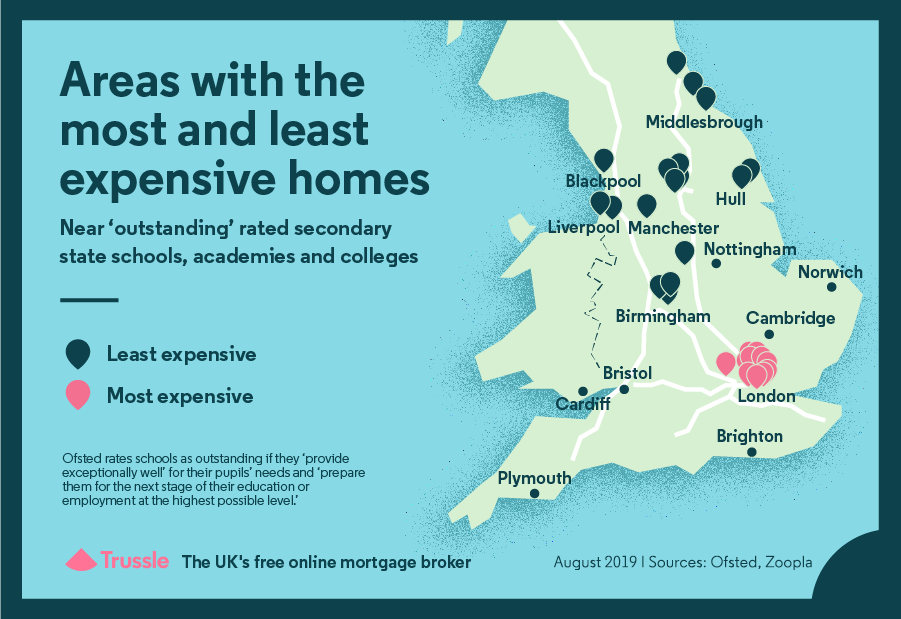 Our analysis of property portal Zoopla's asking price data shows that the most expensive areas to live nearby an outstanding school are almost all in London.

Just 10 of London’s outstanding schools are surrounded by homes cheaper than the average London house price of £467k. Harris Academy South Norwood is the most affordable, requiring just £357k. 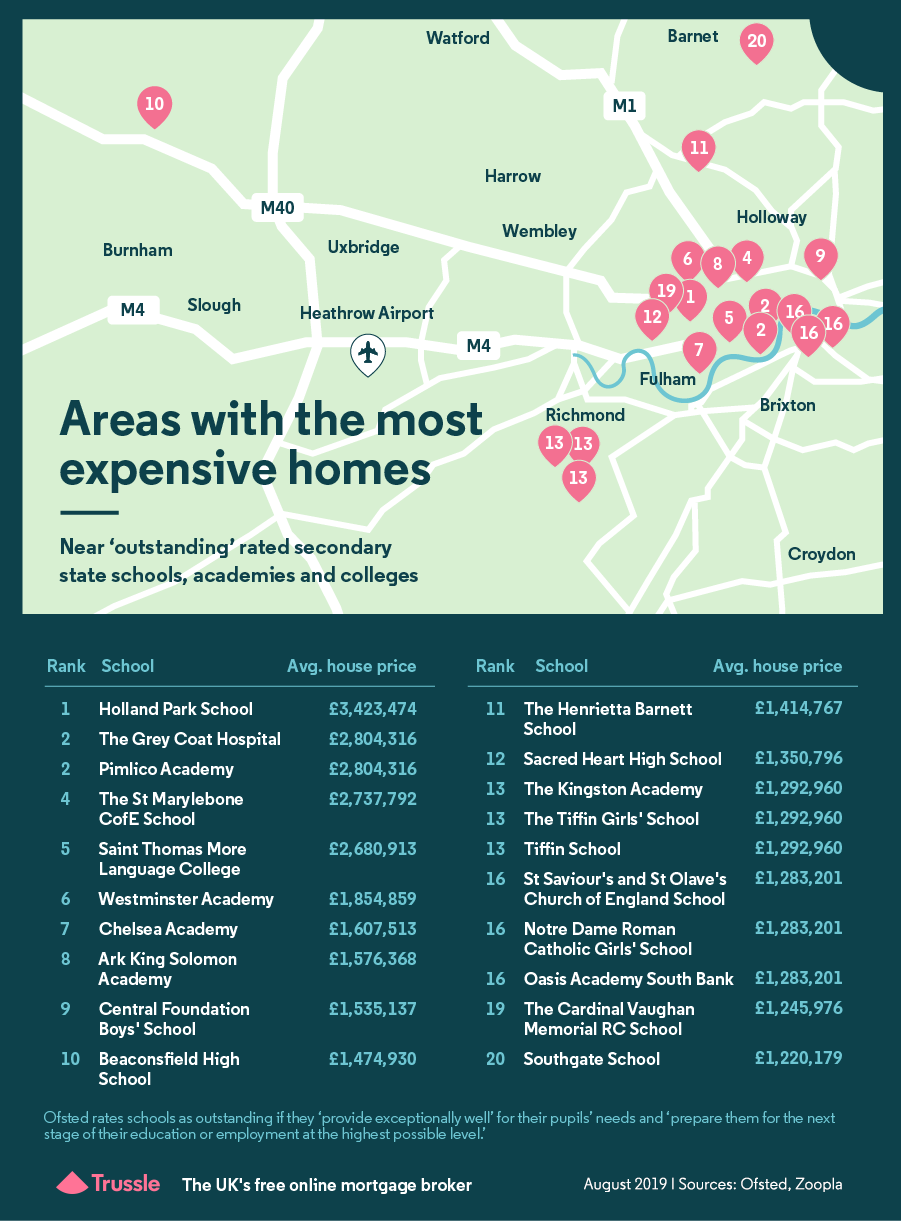 Across England, there are 167 top-rated schools with homes in the area valued under the national average price of £247,000.

Of all England’s outstanding schools, Feversham Academy and Carlton Bolling College (both in Bradford) have the cheapest nearby house prices, averaging £92k. 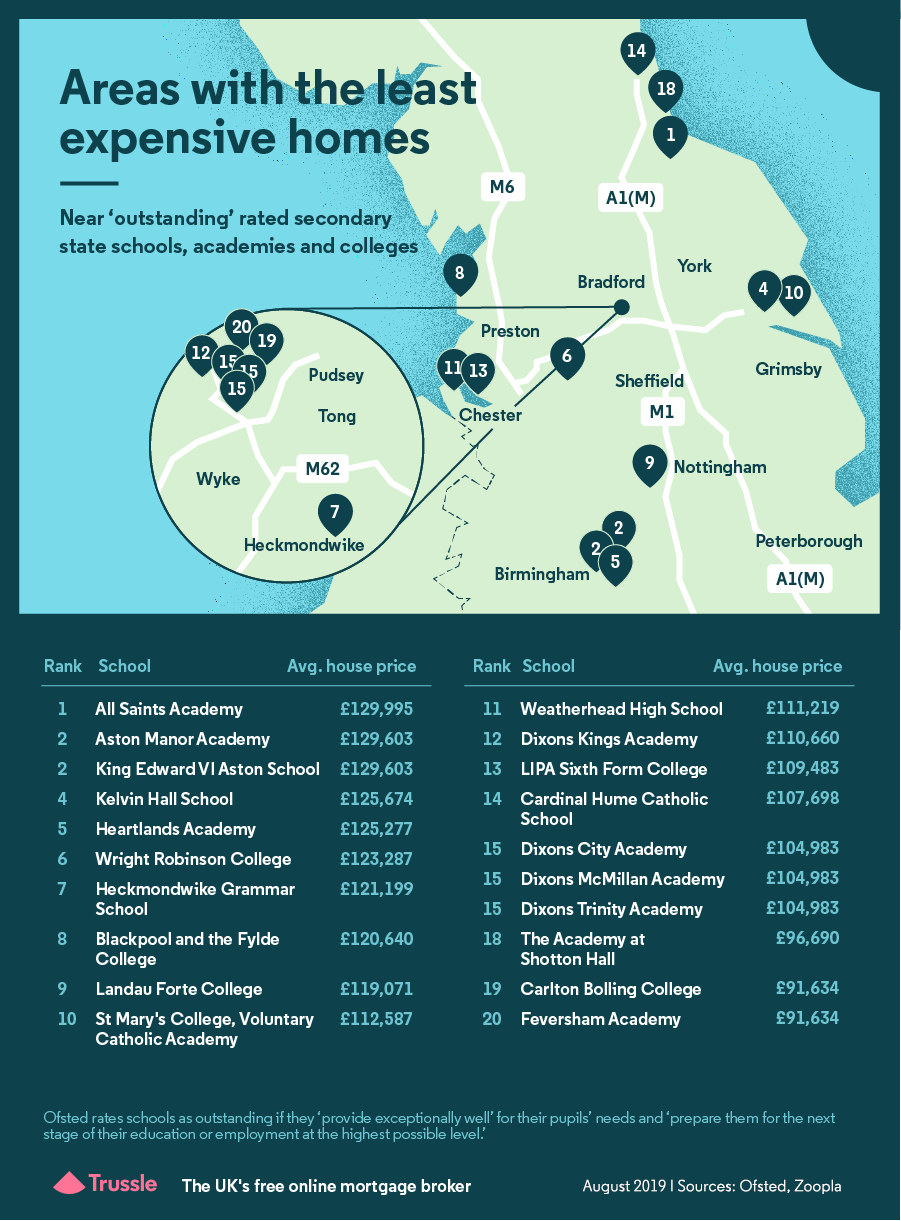 For each outstanding school, we also looked at the percentage of students achieving Grade 5 or above in English and maths GCSEs (this used to be measured as grades A*-C). 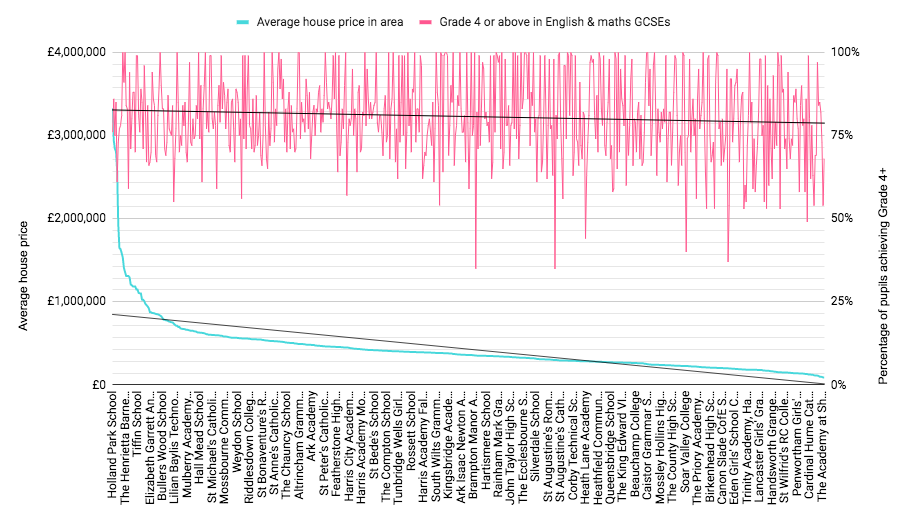 It seems that while grades do vary between outstanding schools, there isn’t a strong link between higher grades and more expensive areas.(4)

For example, both King Edward VI Handsworth School and Beaconsfield High School achieve the same 100% pass mark. But it would cost £1.4m less to buy a home near King Edward’s.

So no, buying a home in a more expensive area doesn’t necessarily mean the school will achieve better overall grades.

The government could help you move

It’s natural to want to send your child to the best school possible. But while there are some affordable areas of the country you could move to, 76% of outstanding schools are still in areas where homes cost much more than the national average.

If you’re buying your first home, there are a number of government schemes that could help you afford that bit more.

Shared Ownership allows you to buy a percentage of a home and pay rent on the rest, allowing you to get on the housing ladder by paying less upfront.

The Help To Buy ISA (ending November 2019) and the newer Lifetime ISA pay a 25% bonus on your savings, boosting your deposit.