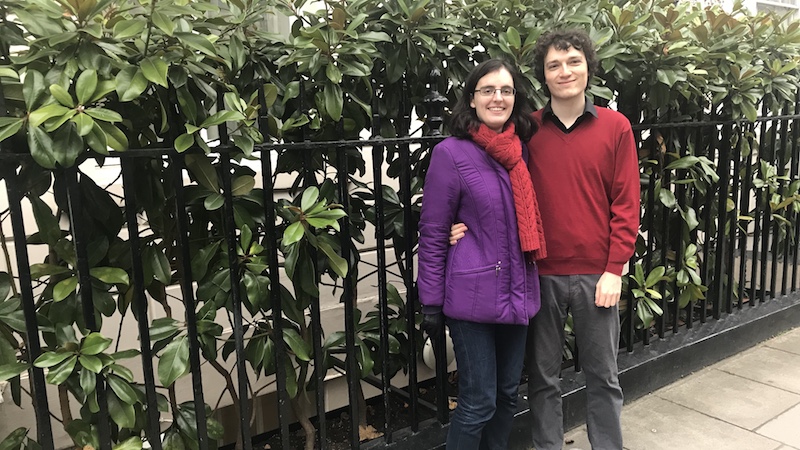 When we launched Trussle in December 2015, we set out to make securing and managing your mortgage completely online and hassle-free.

Our very first customer was Dexter: a young engineer living and working in London who wanted to buy his first home with his fiance Maria. Dexter didn’t want to spend hours of his time at the bank or on the phone, so he decided to try Trussle after a recommendation from his friend - one of our team members.

Nearly two years later, our free Mortgage Watch service alerted Dexter that it was time to switch to a more suitable deal. Dexter found his experience with Trussle the first time round so convenient that he decided to use our service again to remortgage - an industry first!

When Dexter originally came to us, he’d never been through the mortgage process before so he was understandably a little cautious. We’d just launched our service at this point, so Dexter decided to use a traditional broker alongside Trussle to see how they compared.

He didn’t want to take time out of his working day to arrange his mortgage, and because Trussle was created to solve this problem, we were able to help Dexter in exactly the way he’d been hoping.

Dexter completed his Trussle Profile online, all without a lengthy phone call, an inconvenient face-to-face visit, and without taking time out of his workday. Dexter communicated with us by email and live-chat at his convenience, giving him the flexibility he wanted.

“Providing my details to Trussle was a much more intuitive, quick, and easy process than I experienced elsewhere. The advisers asked what’s needed and nothing more.”

Choosing Trussle for ease and convenience

Although he was impressed with the speed, convenience, and ease of using Trussle, Dexter found a slightly better rate by going direct to his lender, First Direct. Because First Direct don’t allow mortgage brokers to access their rates, we were unable to match the deal he’d found.

Dexter started his mortgage application with First Direct to secure the deal. However, the process was so difficult to navigate and time-consuming that he sacrificed the lower rate for the speed, ease, and convenience of Trussle and came back to continue his application with us.

‘You can communicate quickly with Trussle and because it’s online, you have a written log of what’s been said that you can easily refer to at any time. We had a mortgage selected with Trussle before traditional agents had even got all the information they were looking for.’

Getting over the remortgaging hurdle

We know that a lot of people find the initial experience of getting a mortgage so stressful and complicated that they can’t face going through it again. A vast number don’t understand mortgage jargon and terminology and are unaware that they could be saving a fortune by switching.

Dexter was automatically signed up to our free Mortgage Watch service when he got his first mortgage with us, so he knew he could relax knowing that we’d be in touch when it was time to switch. Our digital monitoring service had been tracking his deal since day one.

Dexter received an automated email from us a few months before his initial period came to an end to remind him to switch to a more suitable deal. Had Dexter and Maria not remortgaged, they’d have been moved onto their lender’s Standard Variable Rate (SVR) which would have bumped up their mortgage payments by hundreds each month. By remortgaging, they were able to lock in a cheaper fixed rate deal for another five years.

As Dexter had come to expect from us, remortgaging with Trussle was simple.

He received an email from us shortly before his initial term was due to come to an end explaining what to expect, then another email asking him to update his Profile.

“The emails I received from Trussle gave me a gentle nudge to remortgage without feeling pushy.’

As Dexter had secured his original mortgage with us, he spent just 10 minutes updating his Trussle Profile. We immediately began looking for suitable deals.

Dexter was happy with the deal we recommended so we submitted his application to the lender who approved it in just eight working days - all without a phone call.

Thousands of people have now secured their mortgage through an online mortgage broker, but only one person has gone on to remortgage with one - and he won’t be the last!

Dexter came back to Trussle for the same reason he used our service initially - the convenience. We live in a world where heading online is the first port of call for many people like Dexter. Dexter’s used to shopping, managing his finances, and communicating online. Why should applying for a mortgage be any different?