The SVR trap: Home owners stung with £2,500 a year in extra interest charges for failing to switch 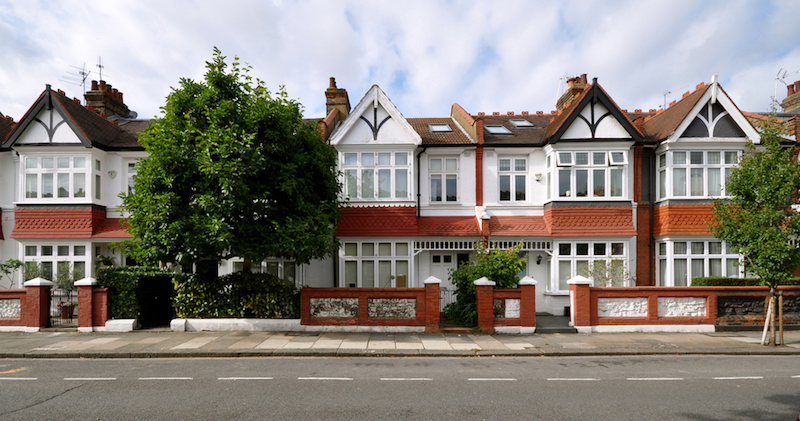 Home owners who lapse onto their lender’s Standard Variable Rate (SVR) are being stung with over £2,500 a year in extra interest.

Our latest study, which looked at 16 major UK lenders, analysed the jump in interest charges from each provider’s best two-year fixed rate deal to their associated SVR, which a borrower is typically transferred to once their introductory period comes to an end.

As of Wednesday 12th, the average home owner slipping onto their lenders’ SVR after the initial two-year fix faced an extra £2,536 a year in interest payments, equating to £211 a month. (1)

Across the UK there are two million borrowers currently on an SVR (2) who could collectively save £5 billion (3) a year by switching.

Of the chosen lenders, there are huge differences in the jump from fixed rates to SVRs. Leeds Building Society fared the worst, penalising those lapsing onto its SVR by £3,688 a year. At the other end of the table is Metro Bank, which charges customers an additional £164 a month, or £1,966 a year when they move onto its SVR. 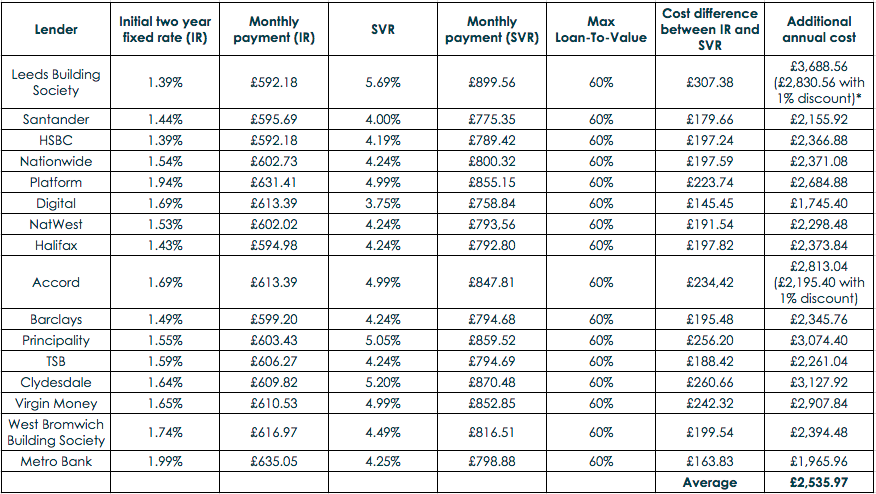 One reason why a borrower may lapse onto an SVR is simply that they weren’t aware that it was time to switch until it was too late. In our survey of 2,000 mortgage borrowers (4), one in five (21%) said they couldn’t remember the last time their provider contacted them about their mortgage, while almost twice as many (37%) stated that their lender or broker doesn’t do enough to keep them updated.

In addition, half (51%) of borrowers didn’t understand terms included in letters they receive from their lender. Worryingly, of this group, a quarter (24%) ignored these terms and only read the remaining parts, while 16% stopped reading completely when they reached a section they didn’t understand.

Our CEO and founder, Ishaan Malhi, comments: “Home owners are essentially being penalised for loyalty and collectively overpaying on interest by billions of pounds every year.

“While lenders are improving the way in which they communicate with customers, more needs to be done to reduce the vast number of people on SVRs. As part of our call for a Mortgage Switch Guarantee, a set of proposals we hope will improve the switching process, we’re asking that a mandatory letter is sent from lenders to borrowers exactly three months before the end of the initial term, which must be accompanied by electric communication to ensure it’s not missed.