Is housing finally emerging from the shadow of Brexit? 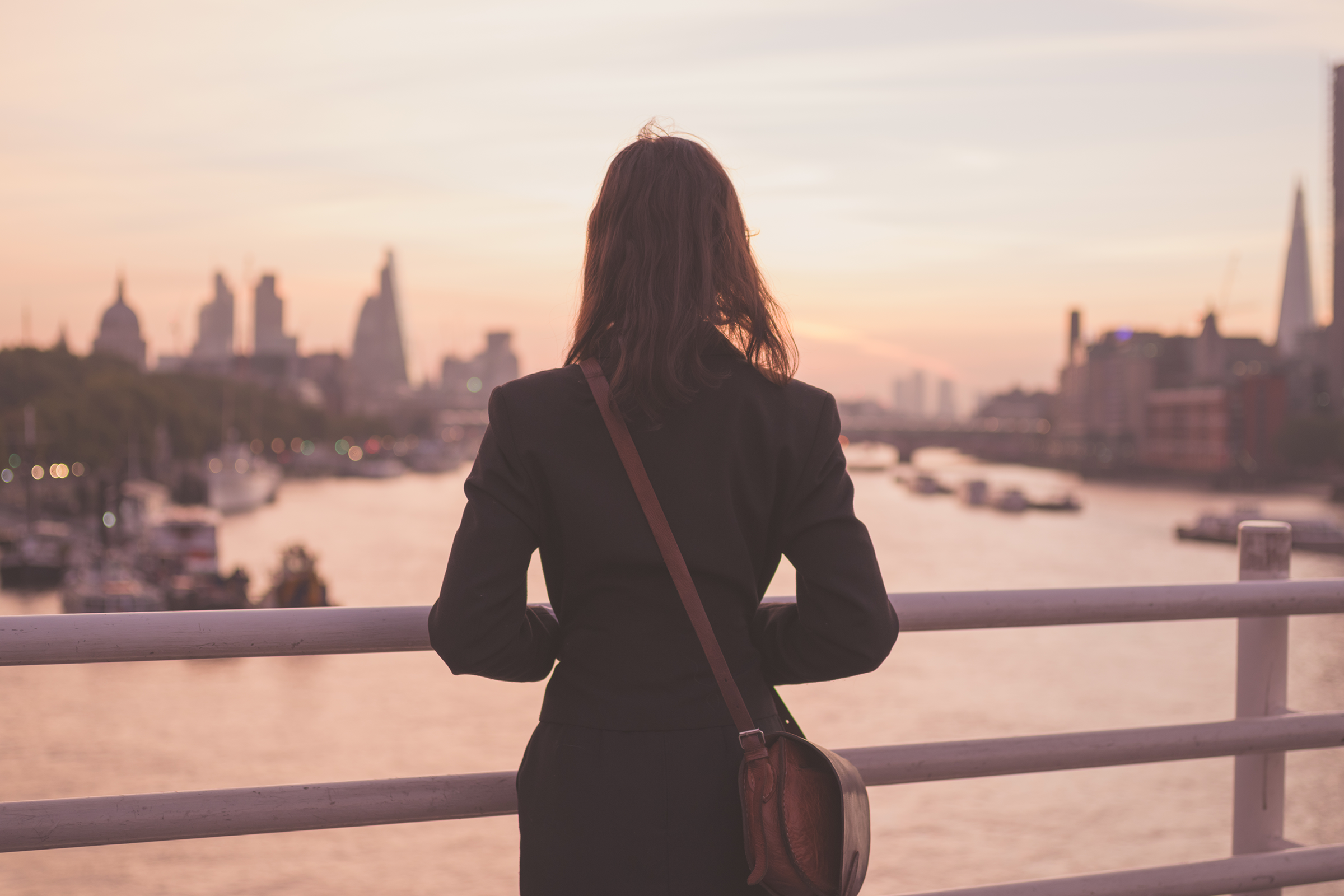 As we’ve tracked the impact of Brexit, we’ve seen house price growth slow and fall, and mortgage rates steadily increase. But are things set to change?

We surveyed 2,001 homeowners across the UK to find out how Brexit might have impacted their decisions to buy or sell.

How are homeowners reacting to Brexit?

8% said they were holding off from selling due to fears the economic climate will result in a low return on investment, suggesting approximately a million homes are being kept off the market.

A third said Brexit was behind their decision to move or stay put. And first-time buyers and home-movers said they were facing issues exasperated by Brexit, such as being unable to afford to buy or move.

But it’s not all doom and gloom, as our CEO and founder, Ishaan Malhi reflects.

“Back in 2016, 18% of people planned to move home in the next three years. Today, that number has risen to 21%. And remortgaging activity has recently reached its highest peak in nine years.

“The property market is proving its resilience in the face of uncertainty. As the future becomes clearer, we could see it turbocharged.”

Is Brexit worth putting your life on hold for?

In the case of Melanie Smith, a 25-year-old first-time buyer from Croydon, the answer was “No.”

When she noticed the perfect newly-built two-bedroomed apartment appeared on the market, such was her keenness to jump onto the property ladder she quickly made an offer. Assisted with the Government’s Help To Buy scheme, she purchased the home for £306,500.

“Speculations about our economy have been going on since the vote, but buying a property was still significantly more attractive to me than continuing to rent and draining away my money.”

Melanie secured her mortgage without difficulty. Though in contrast, a third of our survey respondents that applied for a mortgage in the past three years said the process was problematic due to a drop in housing market confidence.

Home move planner, Meirion Shaw of Homemover, said she saw a resurgence of activity in January after having ground to a halt last winter. However, she’s now seeing little on the market.

“If you need to sell or buy, then do so. But make sure the property’s priced right. If you want to move and your perfect property arrives on the market, then what’s stopping you? Brexit isn’t going to make that much of a difference in the short-term.” 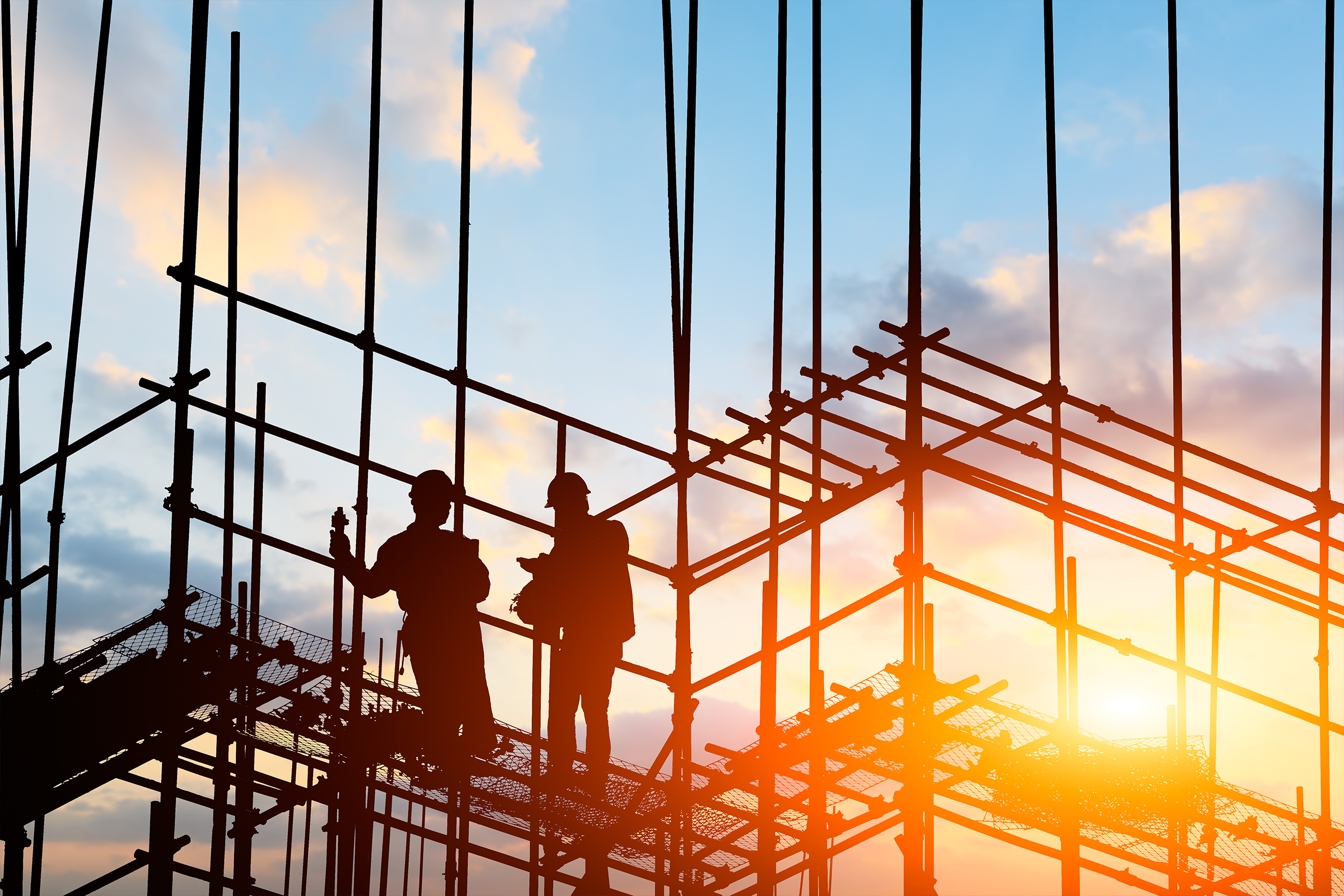 We spoke with Richard Beresford, chief executive of the National Federation of Builders, who says that demand for homes under £400,000 “remains strong” but that sales for homes above £600,000 have weakened.

“New homes aren’t selling as quickly, with buyers appearing more cautious. However, homes are still selling and Help To Buy remains a popular way to get on the ladder.”

According to our survey, the number of renters who point to Brexit as the driving factor in their move since 2016 is very low, at 12%.

Our research also highlights that market uncertainty seems to be having a bigger impact on younger buyers.

40% of 18-39 year-olds told us that their property decisions had been influenced by Brexit, while this was true for just 12% of people over 40.

The picture varies by region too. In Surrey, homeowners are experiencing sluggish market activity. The shortage of buyers is forcing many to take their property off the market.

Peter and Angela Mead-Briggs first put their home of 40 years in Weybridge on the market last spring and are still looking for a buyer. Their decision to move isn’t Brexit-driven, but by a desire to be closer to their grandchildren. Estate agent, David Harvey at House Partnership, advises them to “hang in there”.

Elsewhere in Weybridge, Gill Harvey-Bush recently put her relocation on hold for the next five years, taking her home off the market after six months. She puts this down to a change of heart, the shortage of homes available to buy, and said that interested buyers were struggling to sell their own homes.

“Estate agents warned me that as Brexit approaches, fewer people would be looking to sell.”

It’s often more challenging for home-movers to move up the property ladder than for first-time buyers.

The Centre of Economics and Business Research (CEBR) cites that homeowners are having to wait longer to find a buyer than they did in 2017, with properties taking an average of 102 days to sell.

If you’re in a hurry to move to a bigger home and your property isn’t selling, part exchange (PX) could be one way to help speed up the sale.

Pioneered by Barratt Homes, PX is the process of a house-buying company or builder purchasing your old property, allowing you to buy a new home in cash. By paying in cash, you’re not subject to the limitations of schemes offered by new-build developers, and you don’t have to buy a brand-new home.

The pros and cons of moving during Brexit

Whether now’s a good time to move is very much dependent on your personal circumstances, but we’ve prepared a handy checklist to help you weigh up the pros and cons. 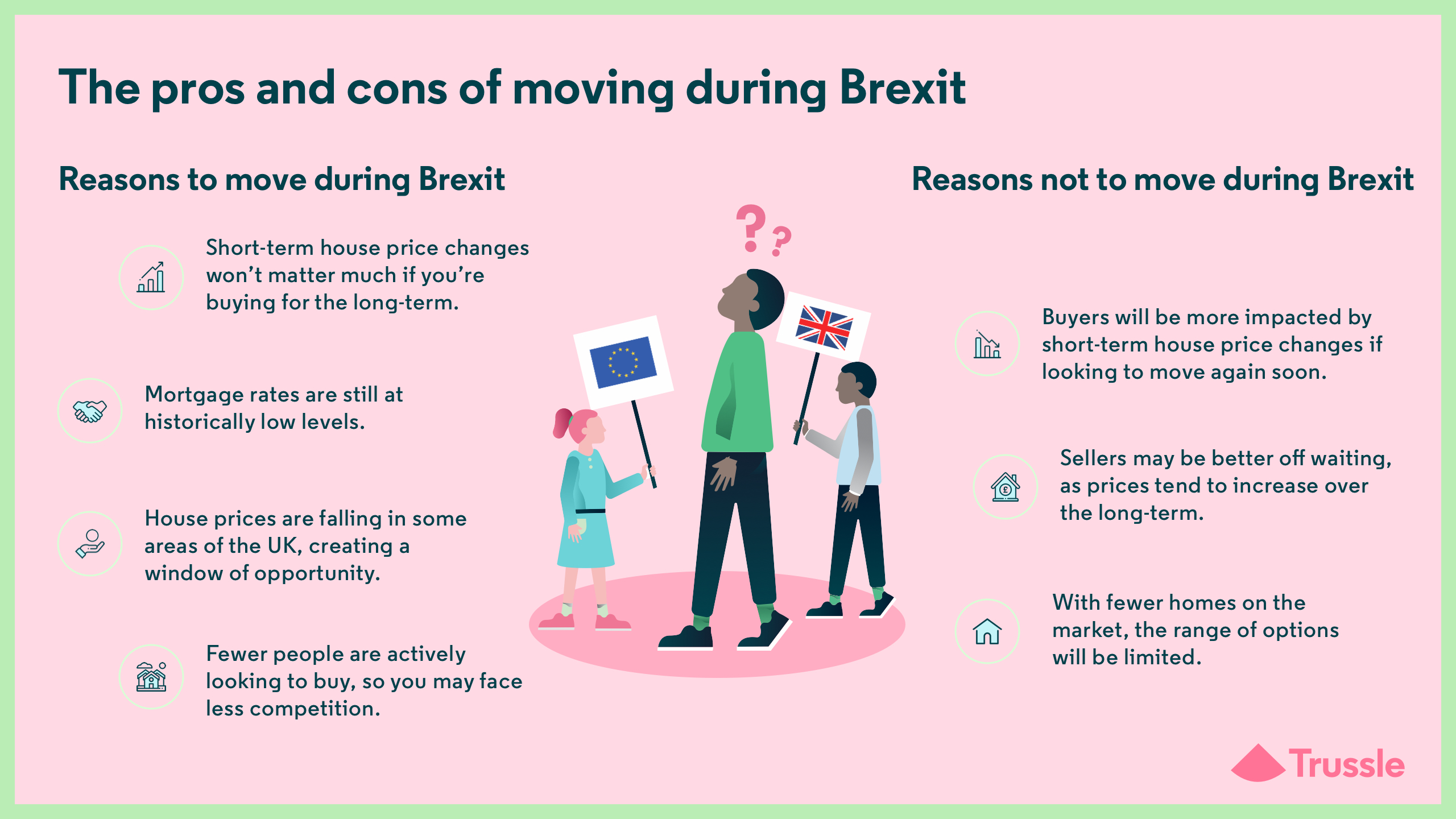 Is there enough support for homeowners?

We believe the mortgage industry can play a role in supporting homeowners by providing them with the right tools and advice.

When a borrower’s informed and has full transparency on the status of their mortgage, they’ll be able to plan and react to Brexit events as they unfold.

Similarly, we’d like to see the industry moving towards more proactive and consistent communication with borrowers about the deals that are available to them.

We’ve already called for lenders to commit to contacting customers three months before they’re about to slip onto their high-interest Standard Variable Rate (SVR) as one of the key elements of our Mortgage Switch Guarantee proposals. 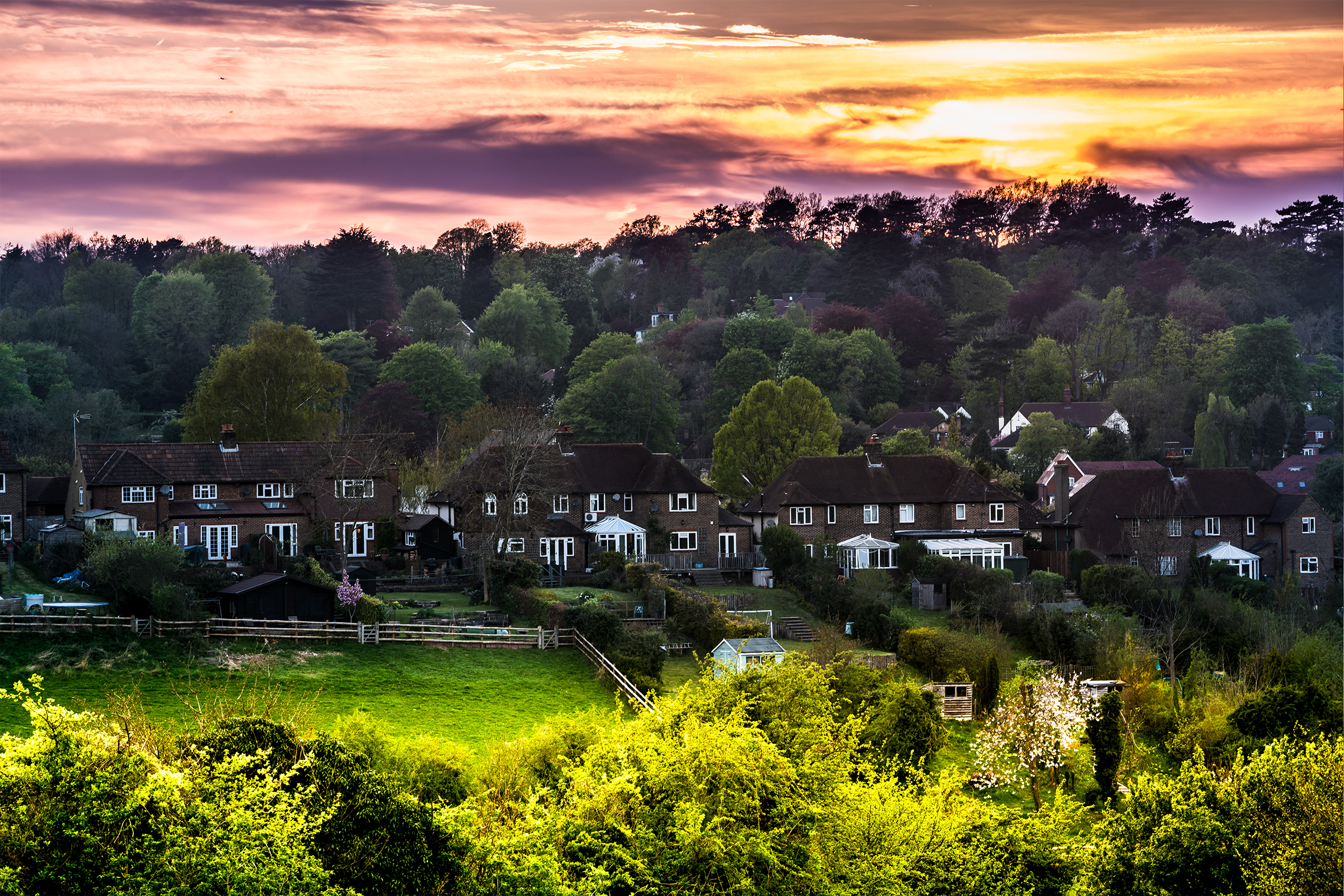 According to the industry group UK Finance, the number of first-time buyers increased by 4.60% during the past year, and remortgaging activity is at its highest peak in nine years.

Are these people who would have moved if the future was more certain? It’s hard to know for sure.

Miles Shipside, a director at property listing site, Rightmove, remains positive: “Despite the sales agreed numbers being down by 7%, we’re still running at 93% of last year’s numbers.”

Although the mood of the market is varied around the UK, there’s evidence ‘Brexit paralysis’ is lifting. With more first-time buyers active in the market, and house prices 0.80% lower than a year ago (according to Rightmove), it looks like buyers are starting to see Brexit as an opportunity.