Looking at whether a property is freehold, leasehold, or commonhold is important before you decide to buy. Each type of ownership has an impact on the type of mortgage you’ll be eligible for. If you’re a leaseholder, the length of the lease could have a big effect on whether or not you’ll be able to get a mortgage, especially as the lease nears expiry. Getting a mortgage on a freehold house is very common, but getting a mortgage on a freehold flat is more difficult. 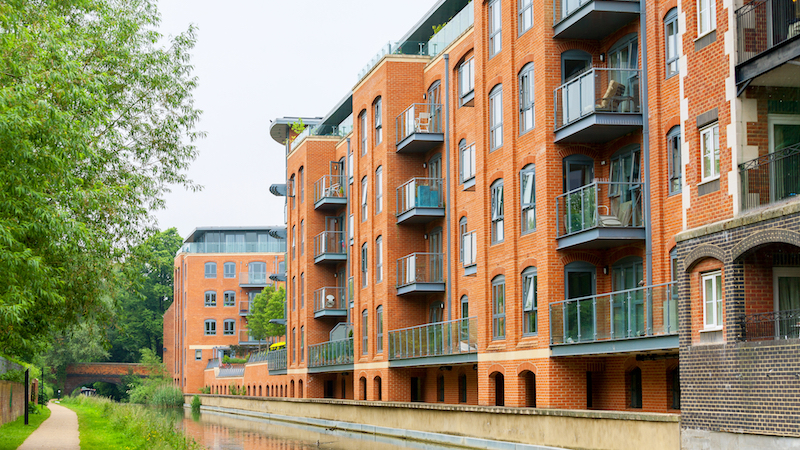 Where do freeholds and leaseholds come from?

Historically, freeholds and leaseholds date back to the 11th century, when wealthy landowners wanted to keep hold of their power whilst maximising their earnings. Leaseholds meant tenants could work the land to earn money but the freeholder (the landlord) still owned the land (the freehold), taking rent as payment.

Fast forward a few hundred years and rather than farming the land, leaseholders own property on the land belonging to the freeholder. Legislation has given leaseholders more rights, such as protection against eviction and the power for a group of leaseholders to club together and buy the freehold through a process known as collective enfranchisement. However, once a lease has expired, ownership transfers back to the freeholder.

What is a freehold?

Owning the freehold means owning the property outright, as well as the land it stands on. Most houses are freehold but some flats can be freehold too, although this is less common.

As the freeholder, you’re responsible for the upkeep of the property. If you’re the freeholder of a group of flats, it falls on you to cover the costs of any structural damage.

Owning the freehold means you don’t have to worry about the lease running out, and you won’t have to pay any ground rent or service charges.

Can I get a mortgage on a freehold house?

Given that most houses are freehold, getting a mortgage on a freehold house is very common.

Can I get a mortgage on a freehold flat?

If you’re the owner of a freehold flat, it’s a good idea to have a legal agreement in place with the owners of neighbouring properties to make sure there’s no confusion over structural repairs and who’s expected to pay for them. Using a property management company can help avoid disputes by outlining the freeholders’ responsibility for management.

What is a leasehold?

You own the property and the land for the length of the lease when you own your home as a leasehold. Leases usually range from 80 to 155 years, but in rare cases they can drop to 0 years. Some new-build flat developments have leases as high as 999 years.

Ownership transfers back to the freeholder once the lease comes to an end. In reality, it rarely gets to this point, as there’s a number of things leaseholders can do to avoid this happening, such as buying the freehold or extending the lease.

Once your lease dips below the 80 year mark it can be harder to sell because the buyer will need to take into account the cost of extending the lease (which can get expensive with legal fees, not to mention the cost of the lease itself). A shorter lease can also limit the number of lenders who are willing to offer a mortgage on the property, so it’s important to think about extending your lease or buying the freehold before your lease reaches this point.

Can I get a mortgage on a leasehold flat?

Getting a mortgage on a leasehold flat is entirely dependent on how long the lease is. With a lease of more than 70 years at the time of application you’re likely to be able to get a mortgage.

If you let the lease drop much less than this, lenders will be wary that the value of the property falls significantly upon reaching this point.

Often lenders will have a lower loan to value (LTV) ratio for leasehold flats, meaning lenders aren’t willing to lend you as much. If you’re buying a freehold house, you might be able to get a LTV of 90%, or sometimes even 95%, meaning you could have a deposit of 10% or 5%. With a leasehold flat, you’re more likely to be able to get around 85% LTV, so a deposit of 15%, although 90% LTV is still very attainable. Halifax, Nationwide, and Natwest all accept 90% LTV on second home leaseholds, but a higher deposit is required for new builds.

Generally, the LTV could be even less if the lease is under around 70 years.

Can I get a mortgage on a leasehold house?

Leasehold houses aren’t very common, but for a time they were becoming more so for new build houses. This trend has reversed, as house builders were warned by the government against the practice of selling houses as leasehold, but it’s still important to check the details of the freehold before signing anything. Cases have arisen recently of property developers selling houses as leasehold, then selling the leases to a third party as an investment, which could leave you having to shell out thousands to purchase the lease.

What is a commonhold?

Commonhold was introduced in 2002 as an alternative to both freehold and leasehold ownership. There’s no freehold or leasehold with a commonhold - instead, both the property and the ground it stands on belong to the same person.

Each flat owner is part of a Commonhold Association (the equivalent of a residents association), which owns and manages the communal parts of the property on behalf of the residents. Commonhold is a very secure type of ownership - there’s no risk of the flat reverting to the freeholder’s ownership once the lease has expired.

Can I get a mortgage on a commonhold property?

There wasn’t much takeup for commonhold properties when they were introduced. As a result, there aren’t many commonhold homes around. Given that developers can make a lot of money from charging ground rent and service charges, as well as by selling leases, it’s not surprising that new flats are rarely built as commonhold.