We announced in our manifesto that we’re fighting for fairer mortgages.

And on Wednesday 17th April we marched for it too.

The march began in Shoreditch - an area known for entrepreneurialism, but where those brave business owners are less likely to get a mortgage despite how successful their business may be. 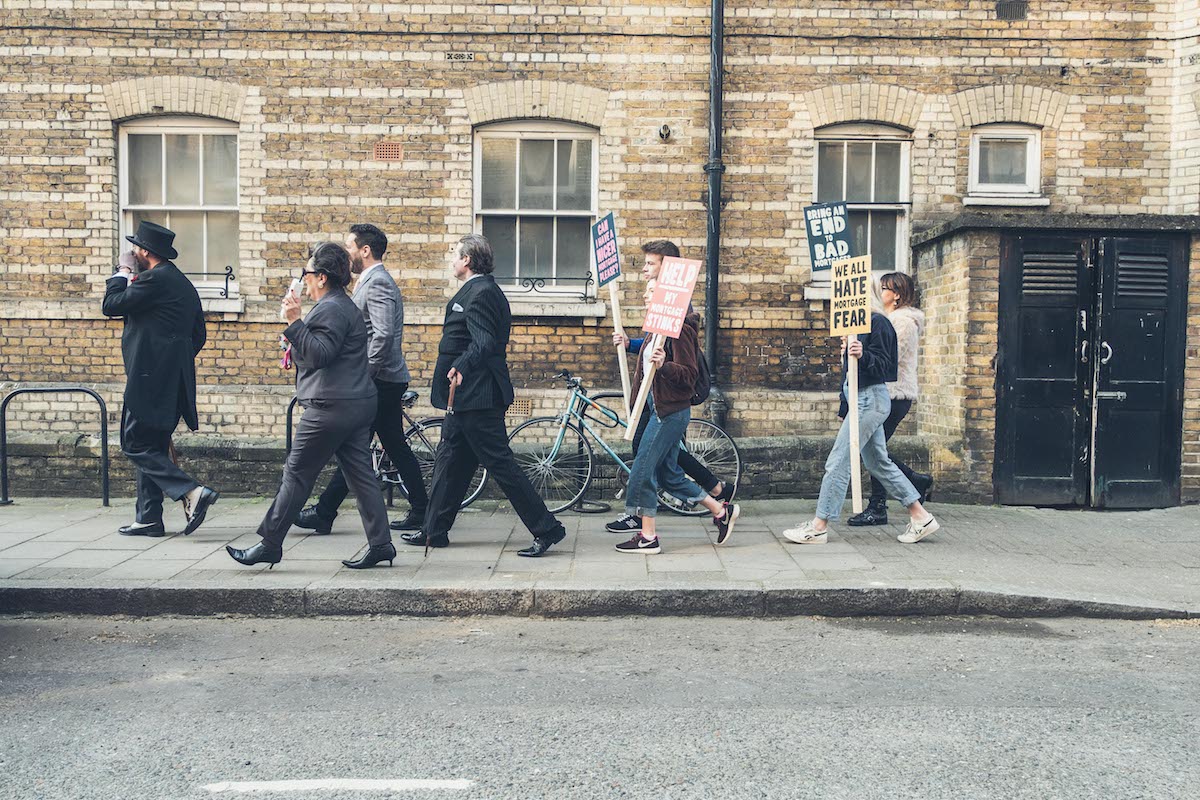 It took us to the Bank of England, synonymous with the big banks that lend billions a year in mortgages to those in permanent employment.

There we were joined by our fictional family, The Morgans, who represent the millions of families across the country who are underserved by the mortgage industry simply because they choose to work for themselves. 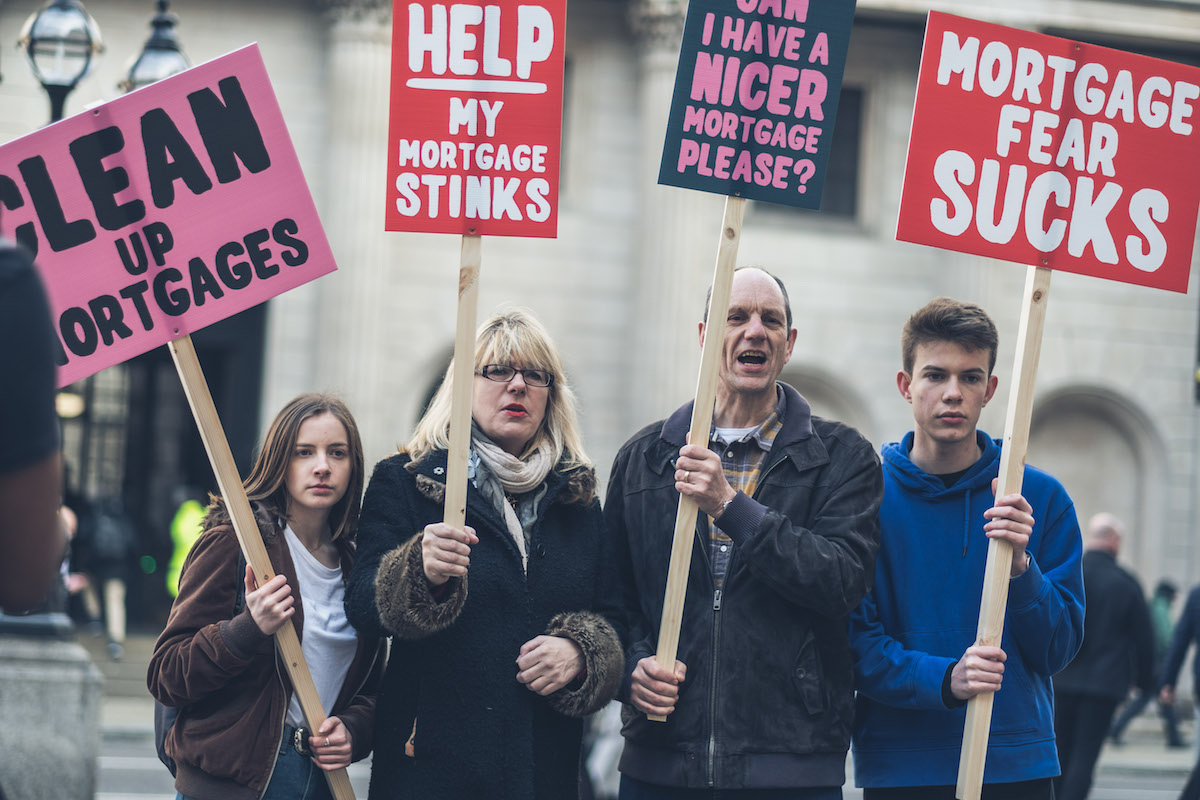 And the Morgans were joined by business owners, freelancers, contractors, self-employed artists, musicians, delivery drivers, and those on low incomes. 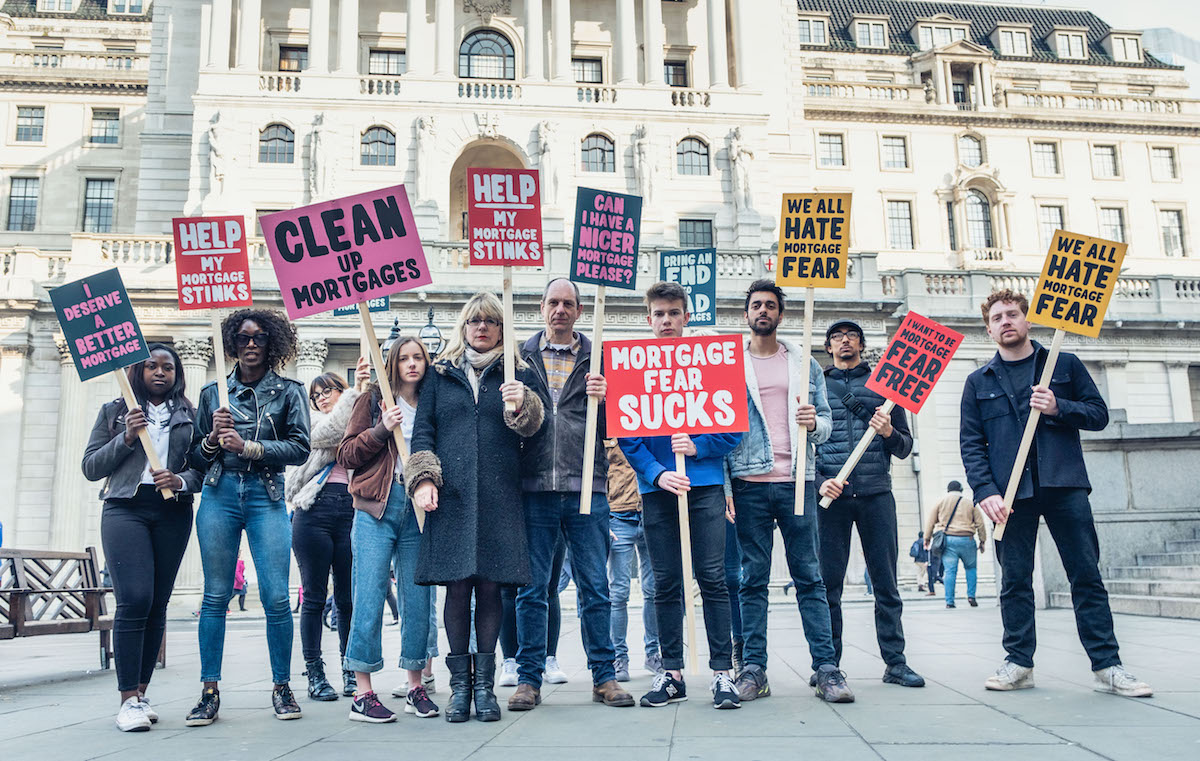 These people share one thing in common: they’re all victims of a mortgage system that challenges them instead of empowering them.

Despite how successful they may be, they’re often asked to provide larger deposits, fill in more paperwork, go through lengthier assessments, and answer more complicated questions than those in permanent employment.

The bankers aren’t sympathetic to their needs. And here they are… 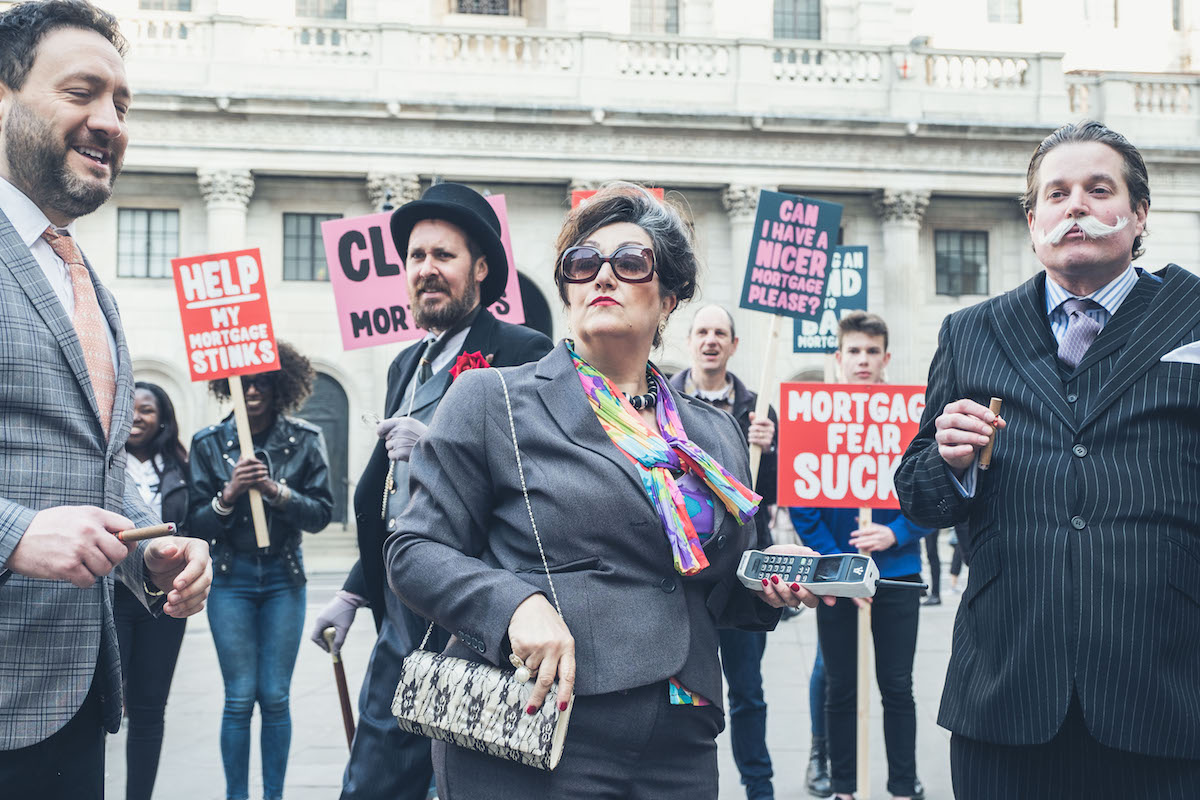 For them, it’s business as usual. And our fictional family made sure they knew just how unhappy they were about it. 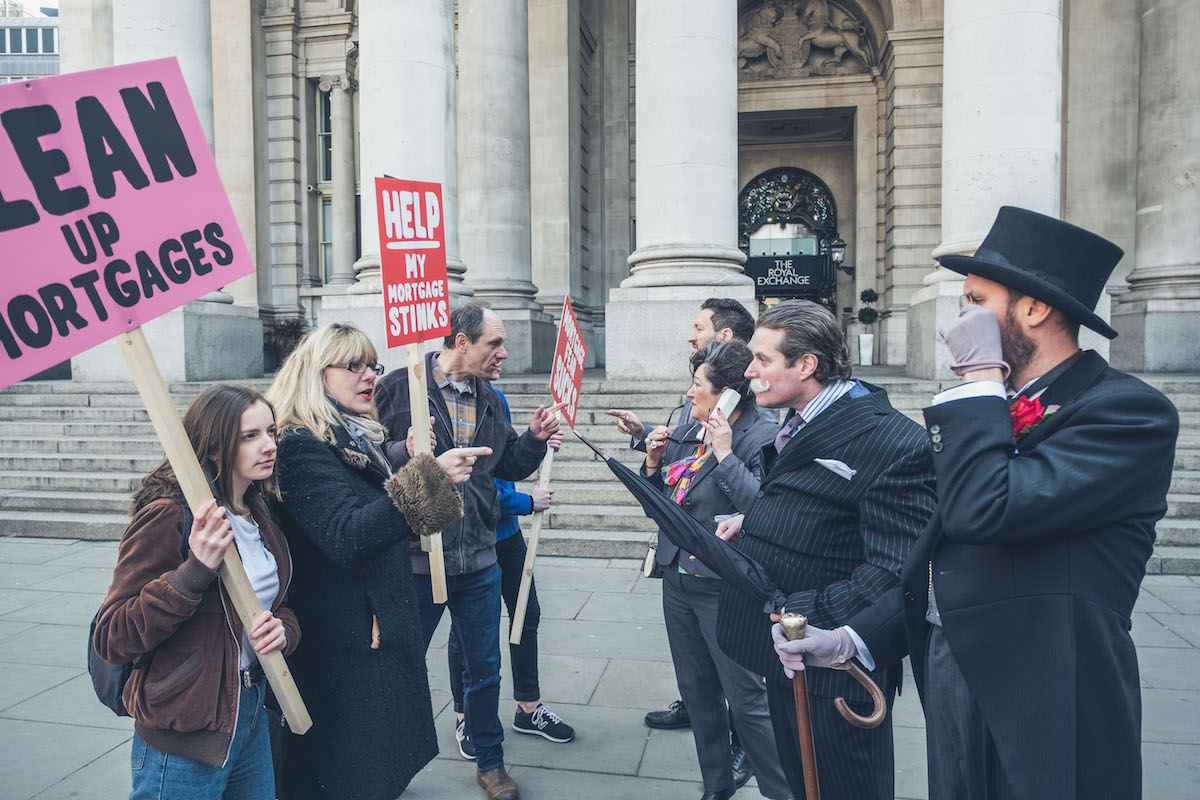 But the self-employed aren’t put off by a challenge, and so they continued on despite being taunted by our caricature bankers. 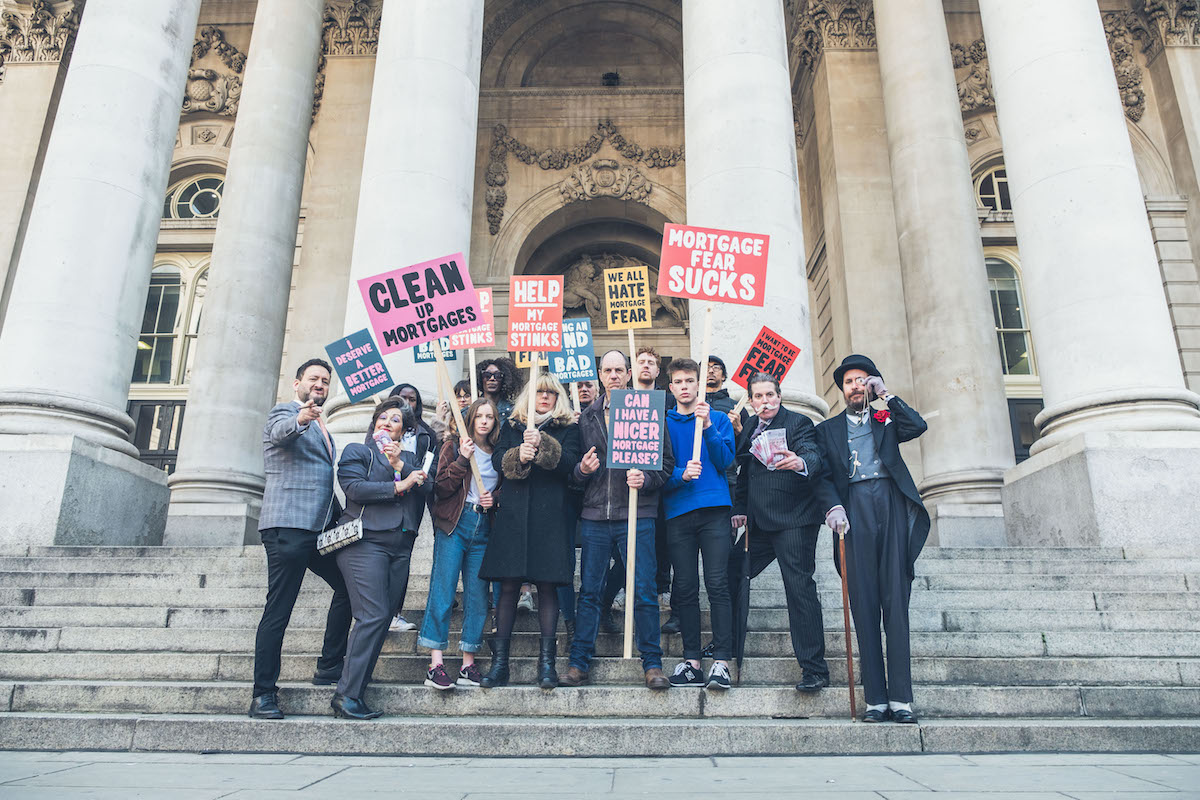 In fact, they continued on all the way to ‘Number 10’! 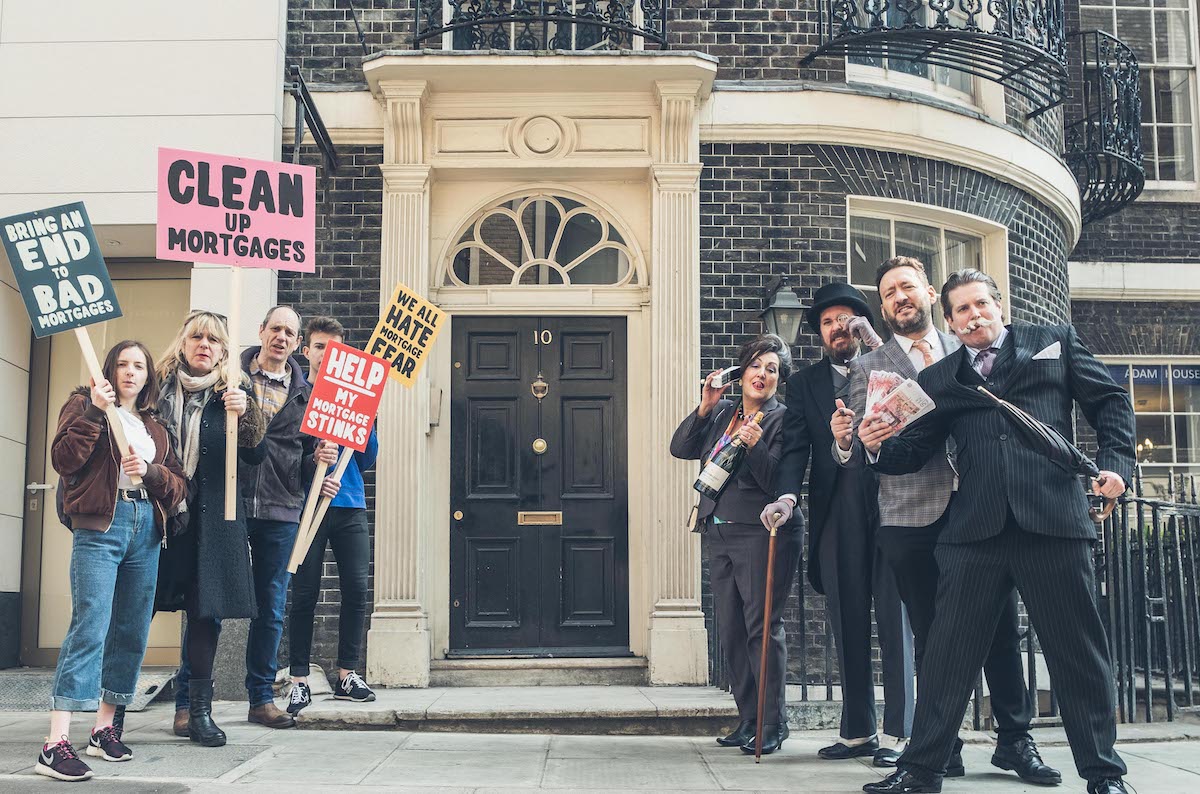 Because while it’s the lenders who need to change, it’s the Government that has the power to ensure they do.

We marched to the Bank of England and to Number 10 to draw attention to the unfairness in the mortgage market.

And we’re pleased to see that already Members of Parliament have raised questions to the Chancellor of the Exchequer asking what steps the Government has taken to improve access to the mortgage market for underserved groups.

But until lenders change their ways, the fight for fairer mortgages continues.

There are more than 4.5 million self-employed people in the UK. And there are many more people who have to jump through extra hoops to get a mortgage.

With your support, we can show industry and government just how big this issue is.

So we've taken the march online!

Create a mini-you, pick a placard, and join our digital march.

Together we can make mortgages fairer for everyone 💪