Faris joins Trussle as a Product Manager, working with our developers and the wider business to grow the number of people we can help find a mortgage. 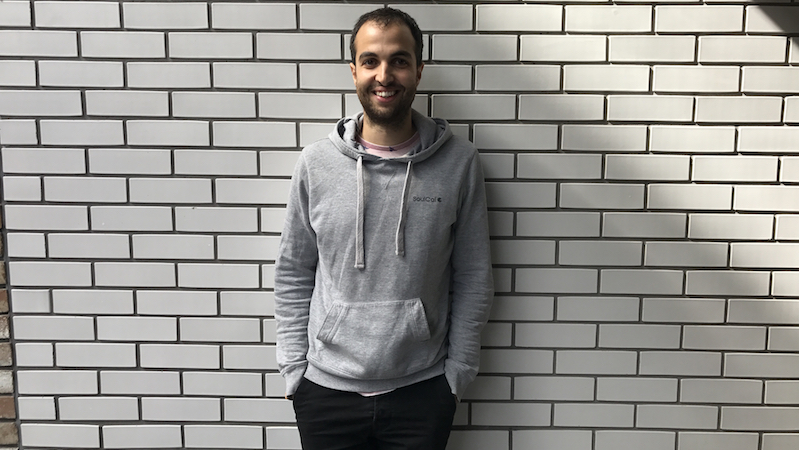 What attracted you to join Trussle?

I joined Trussle because I wanted to see the tangible impact of my work more quickly. In larger companies you feel further away from the action - sometimes you’ll be waiting several months to see any results. I like the idea of a smaller company too as you get to know people much better and there’s more of a family vibe. It’s easy to get lost in a big company!

What were you doing before joining Trussle?

I studied Civil Engineering at Imperial then worked at Ernst and Young for three years as a management consultant. I really enjoyed the job as I was working on a variety of projects - it was almost impossible to get bored unless you were really unlucky! Most of the projects I worked on were short term projects in the tech industry and were really good fun. I decided I wanted to work in that sector full time, doing the business and commercial stuff too which I really enjoyed.

I moved to the Trainline as a Product Manager and was working on a team that was building apps for other train operator companies.

What does a typical day as a Product Manager at Trussle look like?

Usually, I’ll get in and review the backlog of things we have to work on and reassess any priority changes. Then I’ll have a look at the results of any tests we’re running that might help us make the decision of what to do next. Being reactive and doing those jobs takes up around half a day. I tend to use the other half to plan longer term projects and brief design tasks I want. I’ll also think about longer term chunkier initiatives, breaking them down into smaller bits. Then I’ll finalise the roadmap and think about what we need to be doing over the next 3, 6, and 12 months.

What’s the hardest part of the job?

Choosing what to do next as there’s always 100 things to do.

Do you have any hobbies?

I like cycling a lot, especially outside London. I tend to get the train out of London and then do a big cycle. It’s fun being with a mate, seeing the countryside on two wheels, then having a big fat lunch in the middle - the actual cycling is the boring part! I used to do a bit of boxing but I got too many black eyes and I started to receive funny looks at work.

Then like the rest of the world, I love travelling. Any spare cash I have is going on flights or hotels. I went to Costa Rica and Nicaragua recently for a few weeks and had a blast.

Tell us a surprising fact about you

I once performed as a dancer at the O2. It was a school thing where lots of schools from the west country did a big production. The video is horrendous!

Also, I lived in Libya until the age of five under the Gaddafi regime. My parents said it was really tough - my dad once disappeared for the whole day as there were no nappies, and the only way he could get any was to walk the streets buying and selling stuff until he could get hold of them.

Radiohead and Stormzy were pretty great at Glastonbury.

Another company you admire?

I love Amazon, specifically Amazon Prime. I spend way more than I should just because it’s so easy. They have one of the most effective customer loyalty programs I’ve ever used, especially around Christmas.

Inspired by Faris’s story? We’re hiring! Take a look at our vacancies - we’d love to hear from you.