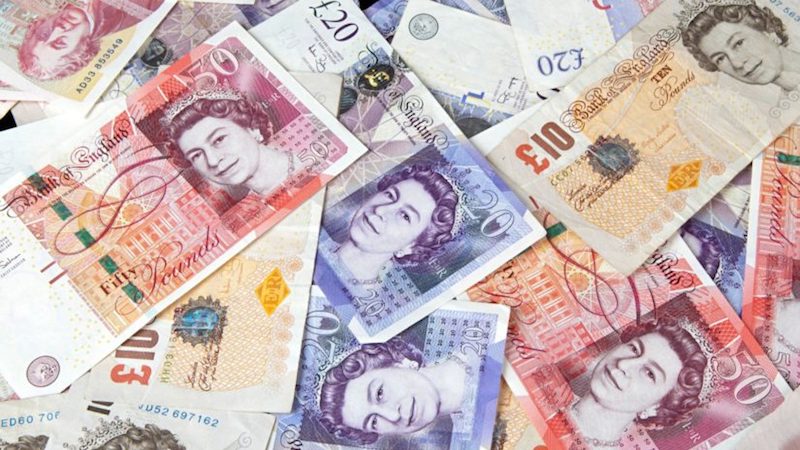 Millions of home owners across the UK could be sitting on a cash bonus equivalent to a 15% salary increase.

To get it, they won’t need to work longer hours, work weekends, or even receive a promotion. Instead, they can simply look into their remortgage options online.

Who are these home owners? They’re mortgage holders who’ve lapsed onto their lender’s high-interest Standard Variable Rate (SVR) following the end of their introductory deal (often a fixed, tracker, or discounted rate deal).

And there are currently two million of them.

How much could be saved switching from an SVR?

We already know from previous research that lapsing onto an SVR can cost borrowers thousands of pounds in additional interest per year.

Now our latest research shows that switching from an SVR to a market-leading deal could save an average of £4,500 a year.

Compared to the average UK salary of £29,588, this saving is comparable to receiving a 15% salary bonus.

Our research shows that the amount will vary depending on where you live, due to the differing average house price and salary in that region.

Even in areas such as Northern Ireland and the North East (where houses tend to cost less), borrowers could land an effective salary bonus of 6.9% and 8.5% respectively. 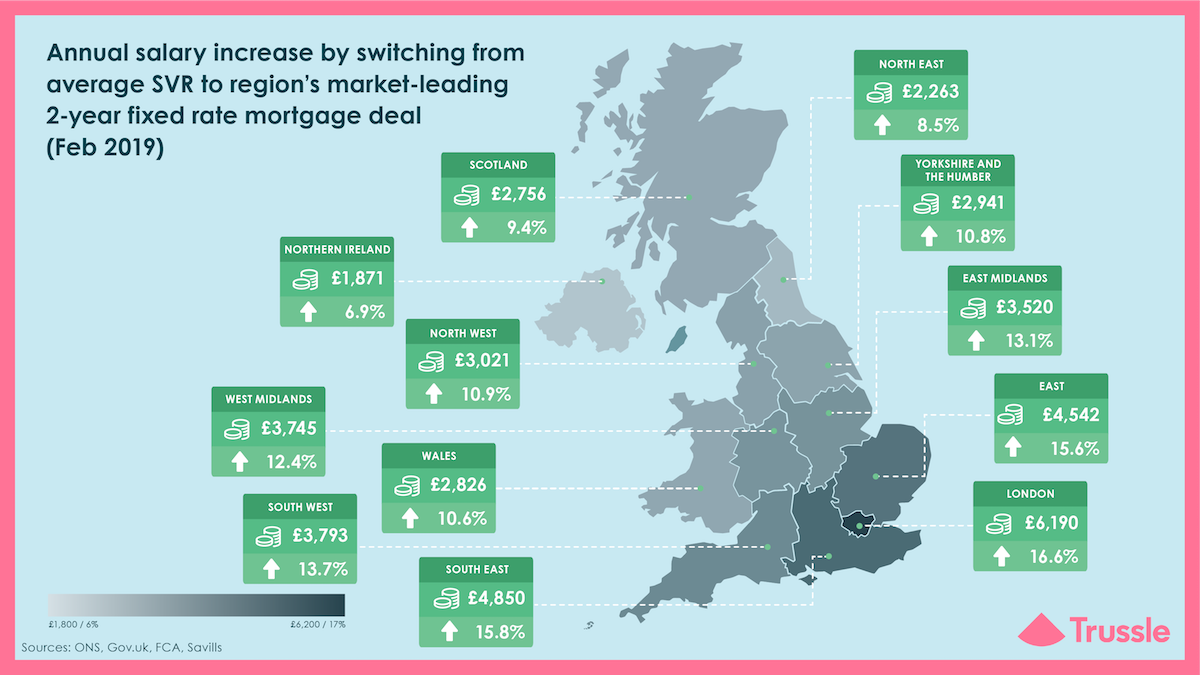 In total, two million borrowers will collectively lose out on a £9bn pay-day this year unless they switch.

With thousands of pounds potentially up for grabs, there must be something serious that’s preventing millions from taking advantage of the opportunity.

There is, and it’s called ‘switching inertia’.

We shared our research on switching inertia in our 2018 Mortgage Saver Review, learning that many borrowers:

And those who do consider switching are further put off by:

Fortunately, many borrowers do successfully switch away from the high-interest SVR. But there’s still plenty to do to help the remaining two million borrowers overcome switching inertia.

To that end, we’ve been campaigning for lenders and brokers to adopt a Mortgage Switch Guarantee to make switching clear and simple (follow the link to learn more).

What would borrowers spend their salary bonus on? 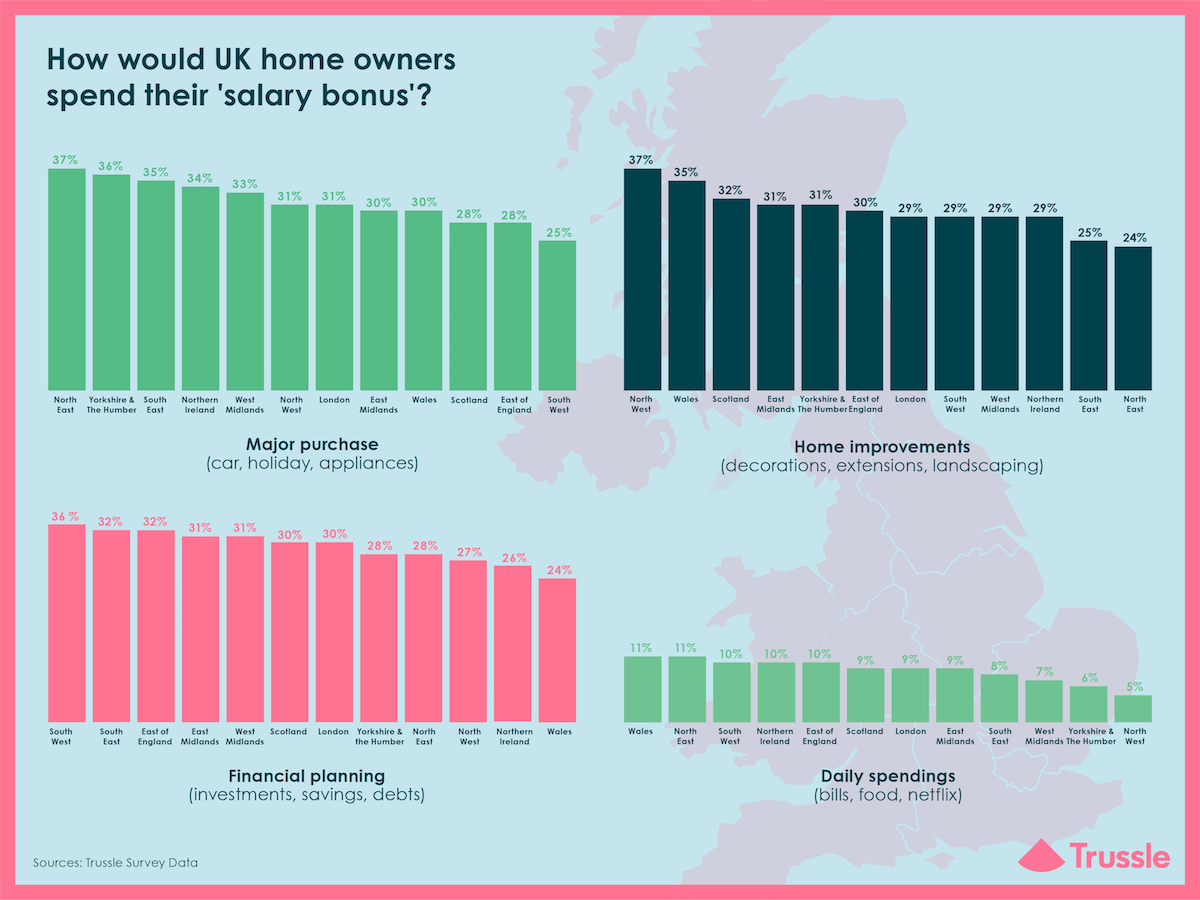 To understand how impactful switching could be, we asked 600 home owners from across the UK to tell us how they’d spend their effective salary bonus. And the results were intriguing.

On average, a third of people said that they’d spend their bonus on major purchases like cars, holidays, or appliances.

Borrowers in Yorkshire and The Humber were most interested in treating themselves to a new purchase. A few stand-out responses included:

Nearby, residents in the North East were feeling in a generous mood as many wanted to spend their bonus on others:

Home owners in the East of England and Scotland were the least likely to splash out on major purchases. Just 28% of respondents in these regions said they’d indulge in their windfall.

However, those that were willing to splurge had some interesting ideas about how to do it, including purchasing extensive Lego collections and, for one optimist, splashing out on their own private island.

Home owners in the South West were the most likely to put their bonus towards paying off debt, savings, and investments. Some of the responses included:

Coming in a close second were the residents of the South East of England with 32% of people saying they would:

At the other end of the spectrum, less than a quarter of respondents from Wales said they’d put their windfall towards savings and investments. Instead, the majority preferred to spend on home improvements.

It wasn’t just the Welsh who wanted to spruce up their homes. Home improvements were high on the list of priorities for most borrowers, regardless of where they lived.

Those living in the North West came in on top with 37% choosing to spend their money on house renovations. Top of their to-do list included:

Back in Wales, keeping up appearances was high on their agenda. Included on their wish lists were:

Least likely to spend on updates to their homes were those living in the North East, with only 24% saying they’d put the money towards house modernisation. Luxury holidays and reinvestment were of higher priority for them.

Regardless of location, most home owners didn’t plan on putting their bonus towards everyday expenses.

Even so, Wales and the North East topped the list with 11% of people saying they could see themselves using the money to:

While most home owners erred towards sensible or long overdue tasks as their preferred way to spend the money, there were some who threw a little more caution to the wind.

For them, an unexpected cash windfall meant they could indulge themselves in a little luxury including:

How can you check if you could save by switching mortgage?

It’s always a good idea to see if switching mortgage could save you money. But it’s particularly important to make sure you haven’t lapsed onto your lender’s higher-interest SVR deal.

Here’s how to check to see if you could be due your own ‘salary bonus’:

Is it best to go directly to a lender or use a mortgage broker? 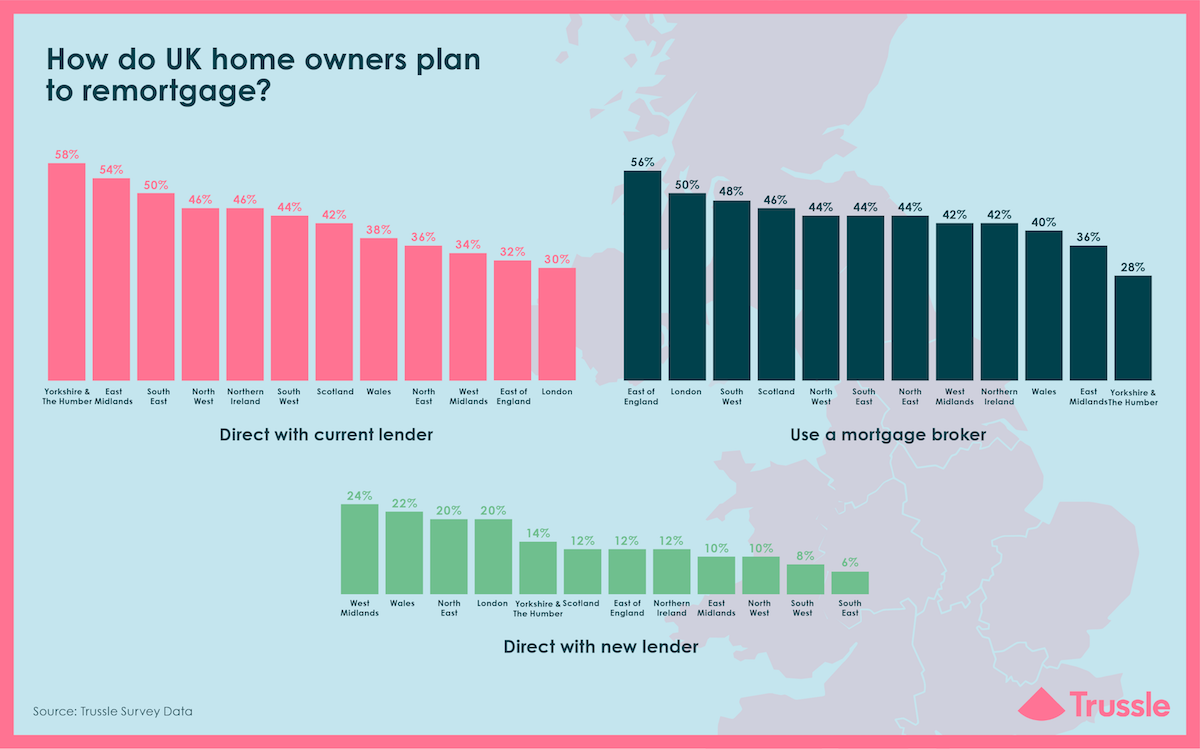 As part of our research, we asked people how they’d go about remortgaging when the time comes.

Despite some regional variation, on average more than half (56%) said they’d go directly to their existing lender or a new lender.

Even in the East of England, which saw the lowest volume of home owners plan to go directly to a lender, almost half planned to do so.

And this is a problem...

By speaking exclusively to one lender, borrowers could be limiting their options by up to 99%.

With thousands of deals on the market, chances are that a more suitable deal could be found elsewhere.

This is why it’s generally a good idea to use a mortgage broker to compare your options. For example, at Trussle we compare more than 11,000 deals from over 90 lenders.

“The perception that mortgage switching is a pain is an outdated one. Technology now means you have more options other than booking an appointment with your bank, spending hours talking to an adviser on the phone, and filling in paperwork.

“In the last few years, a new breed of online mortgage broker like Trussle has made it much simpler to quickly find out what you could save by switching, and then guide you through the process. There really is no better time to take hold of your mortgage.”

Have you been impacted by lapsing onto a lender’s Standard Variable Rate?

We’re always looking to better understand why not everyone avoids their lender’s SVR, and hear your ideas to improve the switching process.