We invited industry leaders to discuss housing with the housing minister 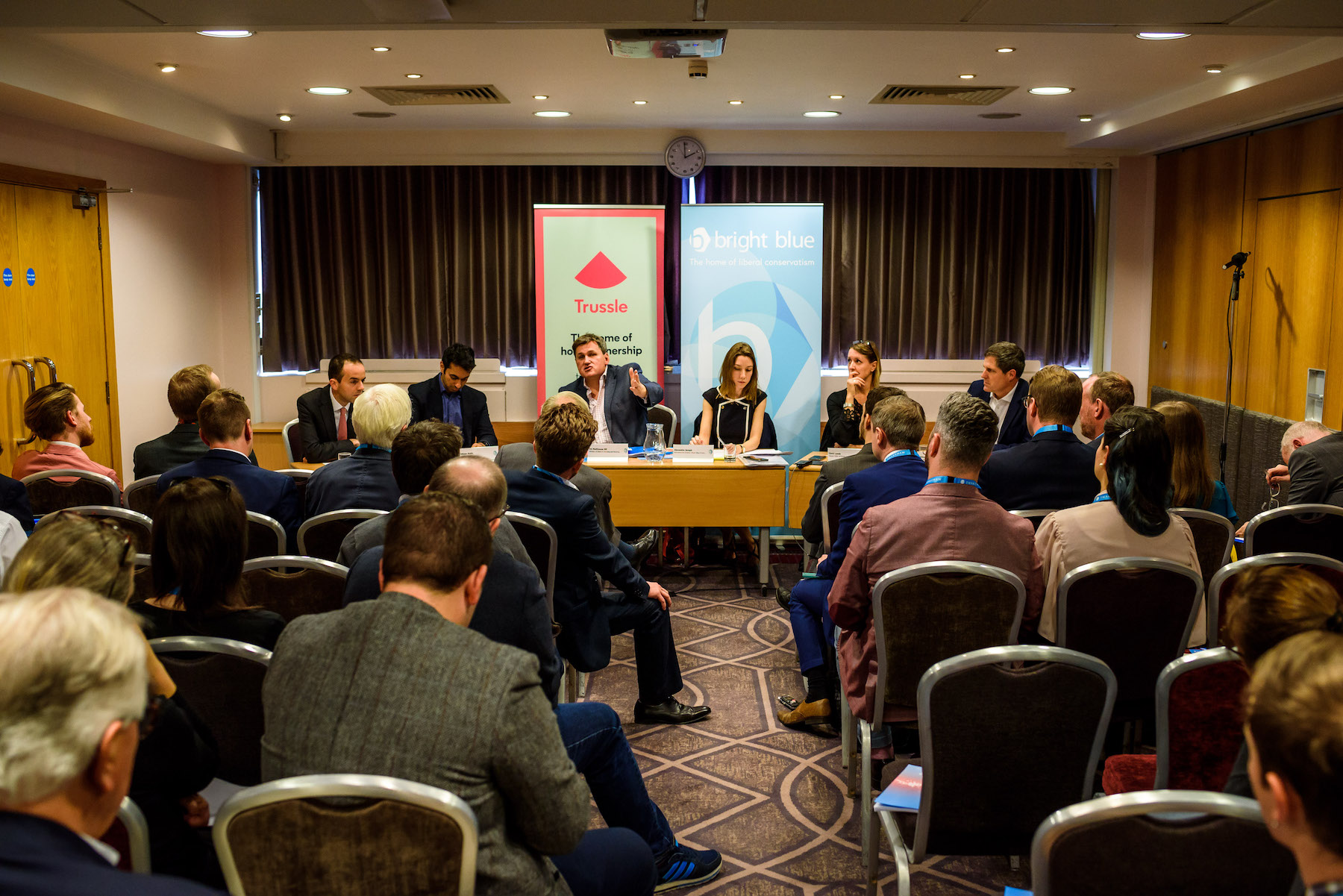 At Trussle, we believe that everyone deserves to love their journey of owning a home. We’ve started by improving the mortgage application process, but we’ve also been engaging with the wider industry and government to address some of the broader challenges surrounding home ownership - from unaffordable homes to inaccessible finance.

Last year we announced our proposals for a Mortgage Switch Guarantee - a set of principles to be adhered to by the industry to ensure transparency at every step of the home ownership journey.

This weekend (Sunday 30th September 2018) we invited the UK’s most influential housing figures to discuss some of the biggest challenges affecting home ownership in the UK in a public forum. Watch the livestream of the discussion here.

Our panel, held at the Tory Party Conference in partnership with the think tank Bright Blue, included:

The discussion centred around two main themes - supply of affordable housing, and improving access to finance.

The panel agreed that more needed to be done to improve access to affordable housing. Ideas included encouraging smaller housing developers to diversify their developments, including creating different tenures and properties available within the same development to encourage a wide range of home owners - something that the majority of the panel agreed with. 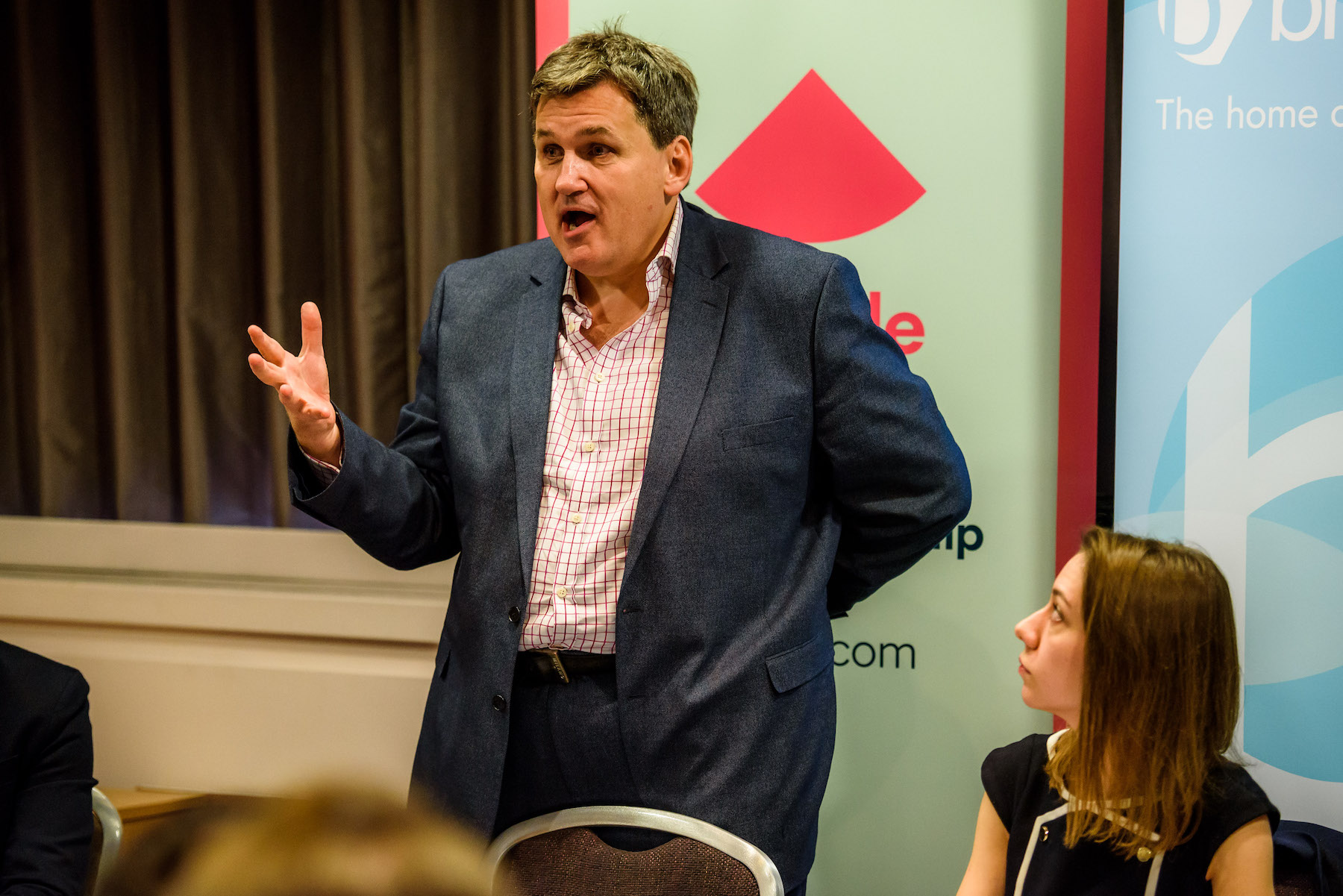 Minister Kit Malthouse started the conversation by stating that the housing market is behaving like financial services had done in the past; dominated by a few major players and in need of disruptive innovation. He stated that the Government’s mission in addressing the issue of supply was that development needed to be “more, better, and faster”.

Deputy Mayor James Murray agreed with the broad premise of the Minister’s statement and pointed out that he wanted to work with Government where their approach aligned. But he stated that his top priority is to ensure that homes built in London are those that Londoners want and can afford, and was dismayed that 80% of the city’s newly built homes were affordable for just 8% of London renters. 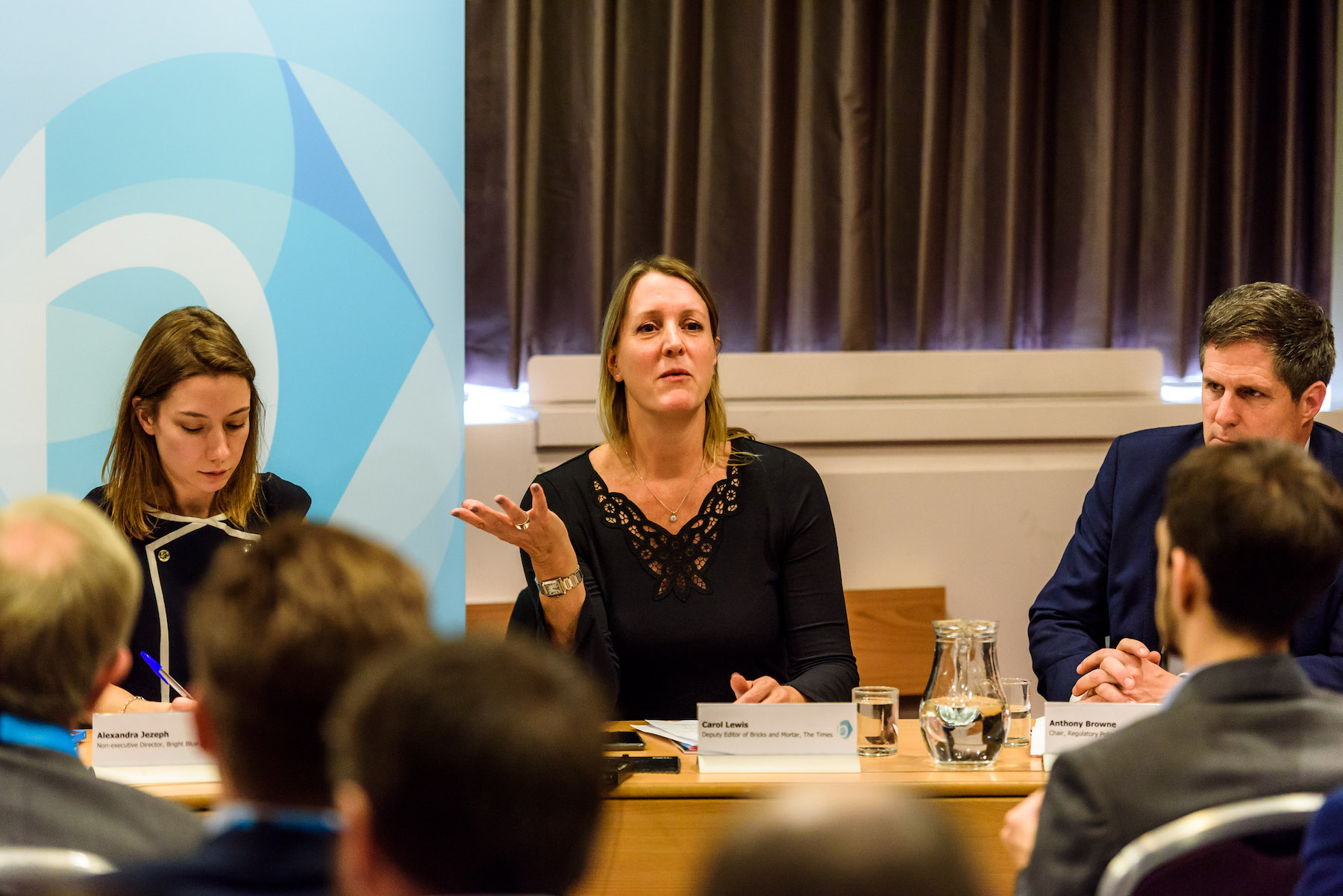 Carol Lewis of The Times referred to the forthcoming review by Sir Oliver Letwin into tackling barriers to building more homes. She mentioned the report was expected to highlight how the largest housing developers weren’t building the right kind of homes to suit the varying needs of modern families, instead creating cookie-cutter homes that suited hardly anyone. She said the homes that were built were then drip-fed into the market, artificially inflating prices. She implored creative thinking on how the availability of affordable housing could be improved, including direct commissioning which involves the Government working with builders directly to ask them to build housing necessary to meet local demand. 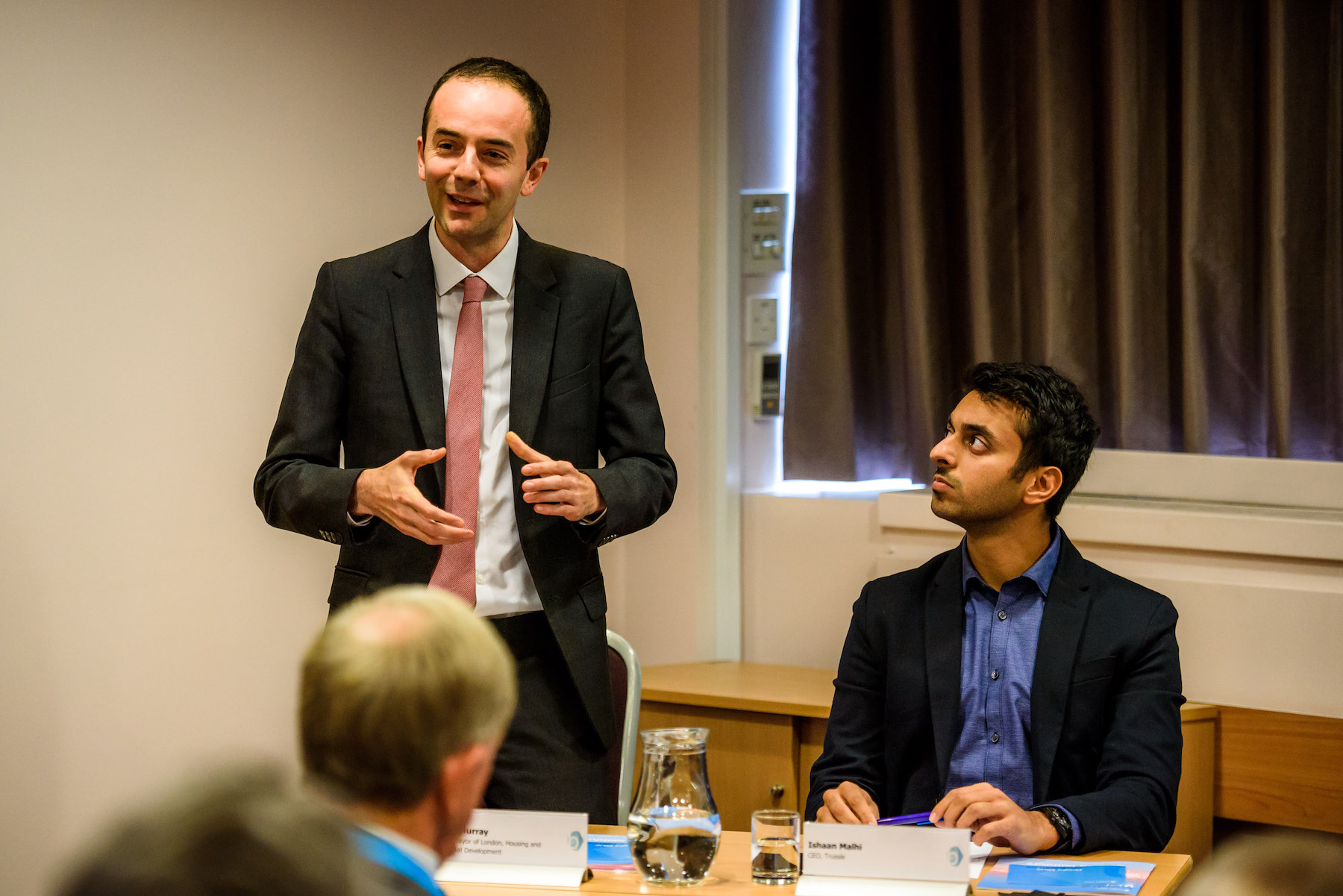 The panel was in agreement that access to financing was an issue, with the Deputy Mayor pointing out that improving mortgage access is needed to make home ownership more accessible. Minister Malthouse frankly stated that there must be something seriously wrong with the housing market if you have to wait for your parents to die before young people can get on the housing ladder.

Both Ishaan Malhi and Anthony Browne discussed the needs for further financing options to help those underserved by the market, including those who are self employed. As lifestyles and working habits change, many young and self-employed people are finding themselves locked out of the housing market. 43% of first-time buyers have admitted giving up being self-employed to get onto the property ladder, according to research from Aldermore Bank. 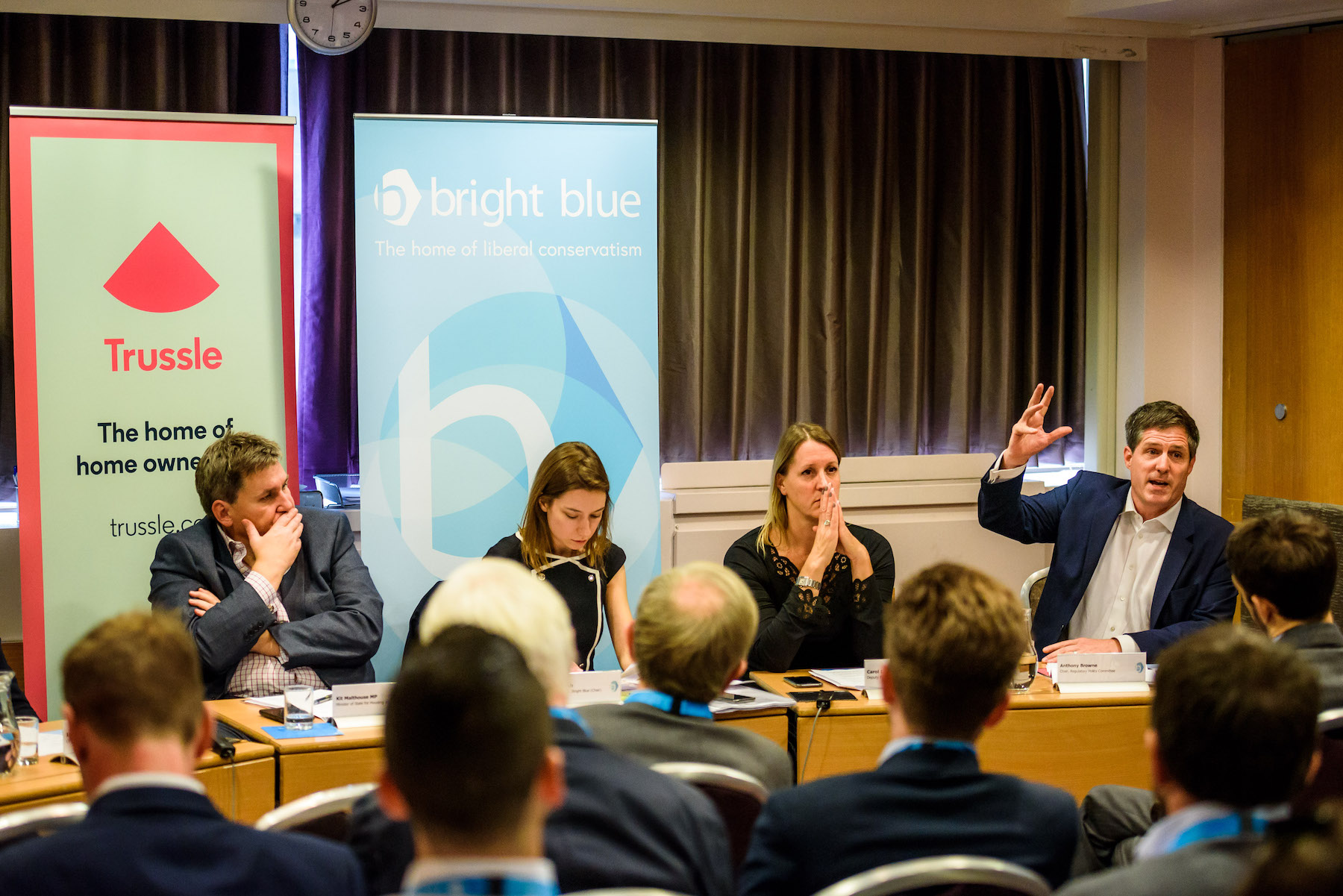 One of the solutions presented by Anthony was that of equity financing, to assist those having difficulty getting together a deposit for their first home. This would essentially involve co-buying with a financing institution to remove the need for a deposit, which he called the biggest deterrent to home buying. Research from The Resolution Foundation showed that it takes 19 years for the average young family to save up for a deposit on a new home.

It was Anthony’s view that Stamp Duty provided a major challenge in this area. Claiming the Government takes in £9 billion a year in from this, he said it was the fastest rising tax in the UK. It was his view that this resulted in people moving home far less and that this limited supply within the market. 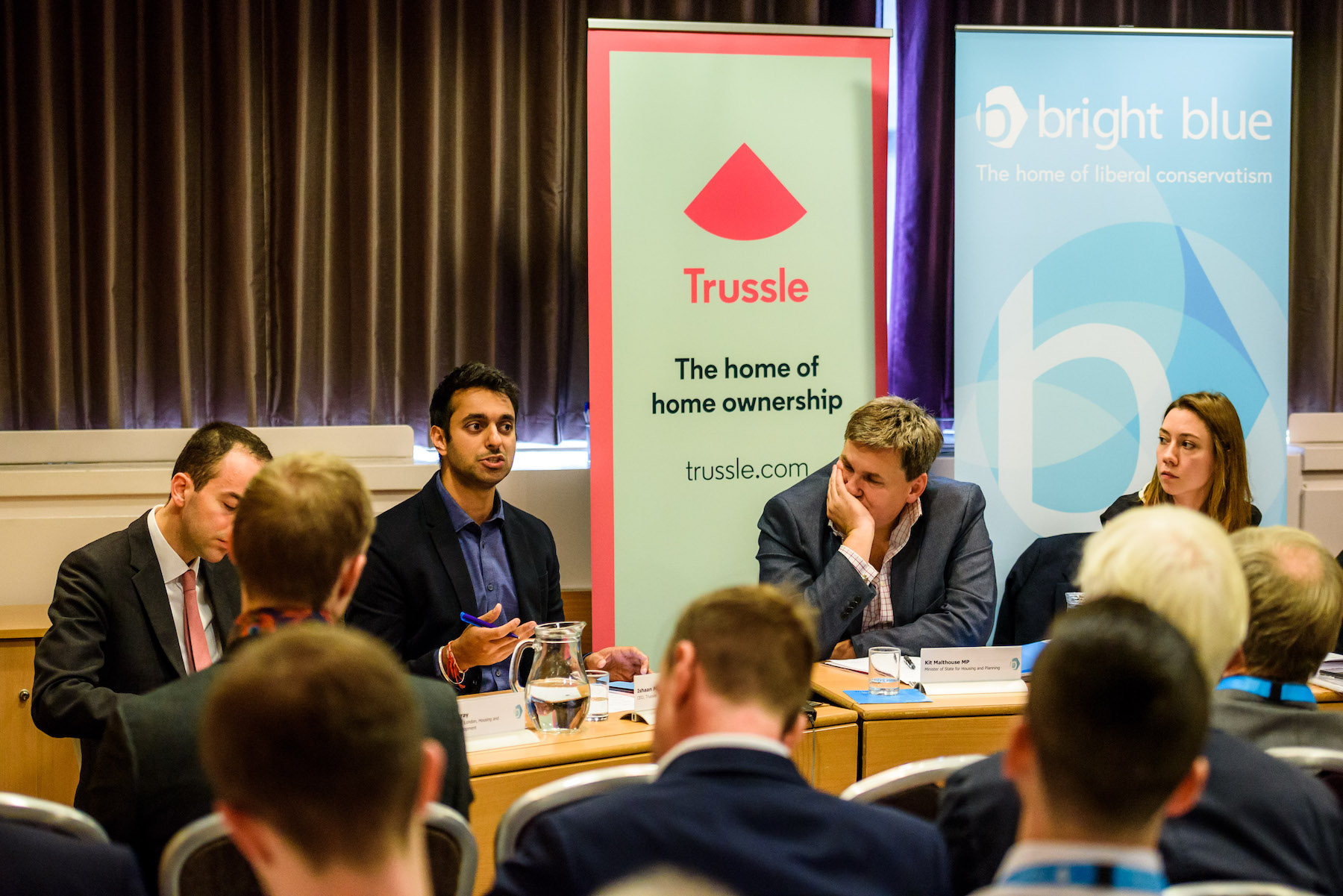 Trussle CEO Ishaan raised the issue of consumer protection within the mortgage market, pointing out that the Government had in recent years backed industry-led initiatives to limit the extent of energy, telecoms, and financial services firms charging increasingly higher prices to customers who fail to switch provider. After the successful implementation of the Energy Switch Guarantee and the Current Account Switch Guarantee, he argued that it was now time for a Mortgage Switch Guarantee to be implemented to protect home owners from overpaying on the greatest source of debt for households in the UK.

While supporting debate around the range of issues affecting home owners across the UK, Trussle will continue working with industry and government to develop our proposals for a Mortgage Switch Guarantee.