Would you pay £5k for a park view or a whopping £60k to be near a Sainsbury’s Local? 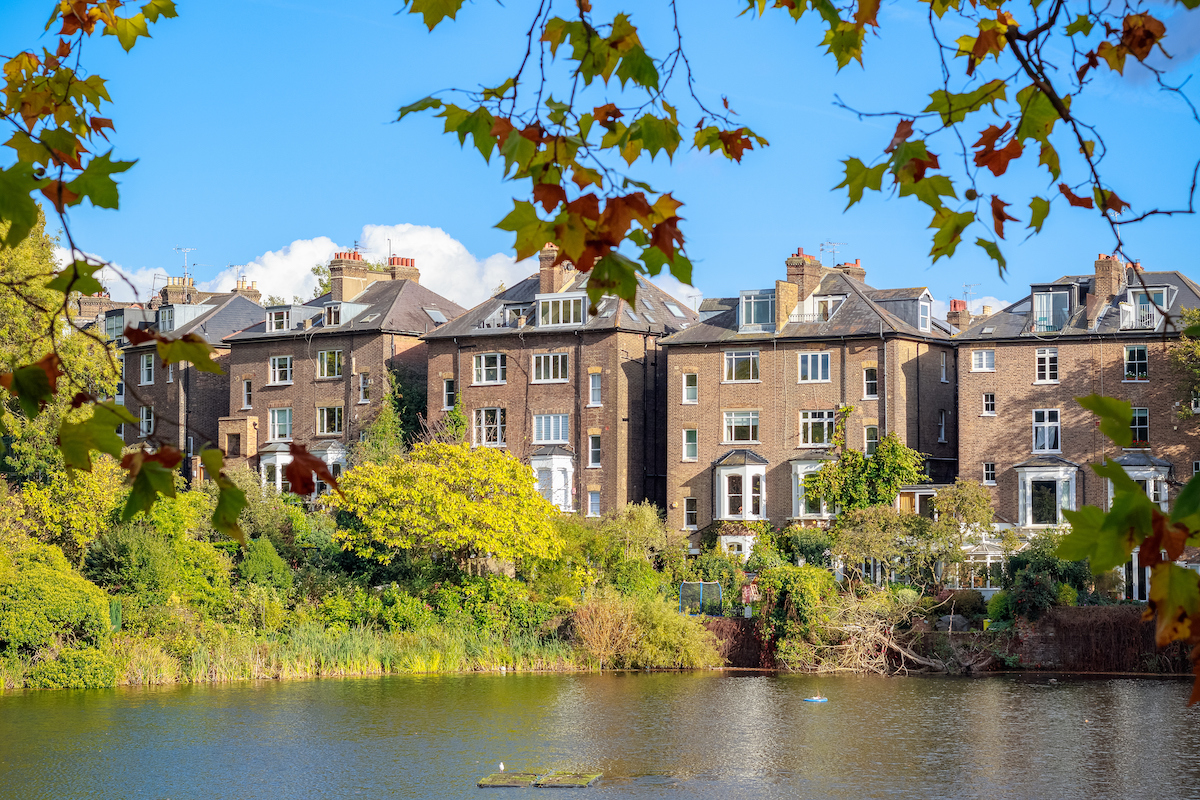 Looking for a home in a big town or city and fancy a tranquil view? New research has revealed just how much it will cost you.

But it’s not only green spaces and water that come with a price premium.

We look at other neighbourhood assets that can drive up house prices – and how much you’d have to fork out.

Having a view of a green space or water boosts house prices in urban areas by almost 2% – an average of £4.6k – research has found.¹

A green space could be a park or playing field, and water includes rivers, canals, lakes, or the sea.

Even having a green space nearby could put up the price of your home, according to the same research by the Office for National Statistics.

Houses and flats in urban areas within 100 metres of public green spaces such as golf courses, parks, playing fields – and even allotments and cemeteries – were 1% (or £2.5k) more expensive on average than if they were more than 500 metres away, the analysis found. 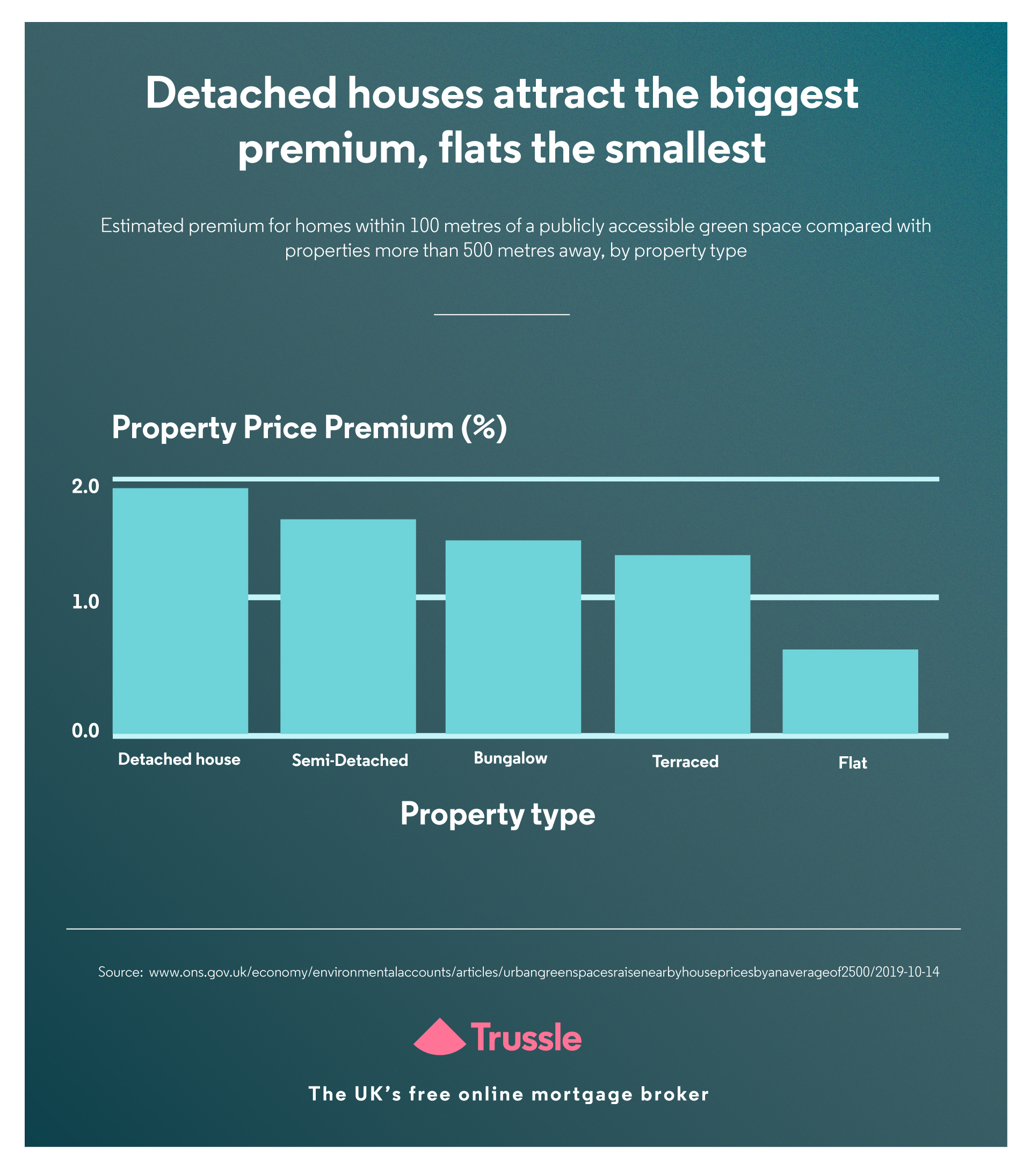 It’s rare to find a Londoner who doesn’t moan about the Tube (don’t mention the Northern Line). Yet many are prepared to fork out a hefty sum to live near it.

People pay an average of £43k (or 9%) more for a home within 500m of a Tube or railway station than they would for a similar property 1,500m away, a report by Nationwide found.²

Meanwhile, people in Manchester paid £13k more to be close to a metro or railway station, while those in Glasgow paid £6k, according to the same research. 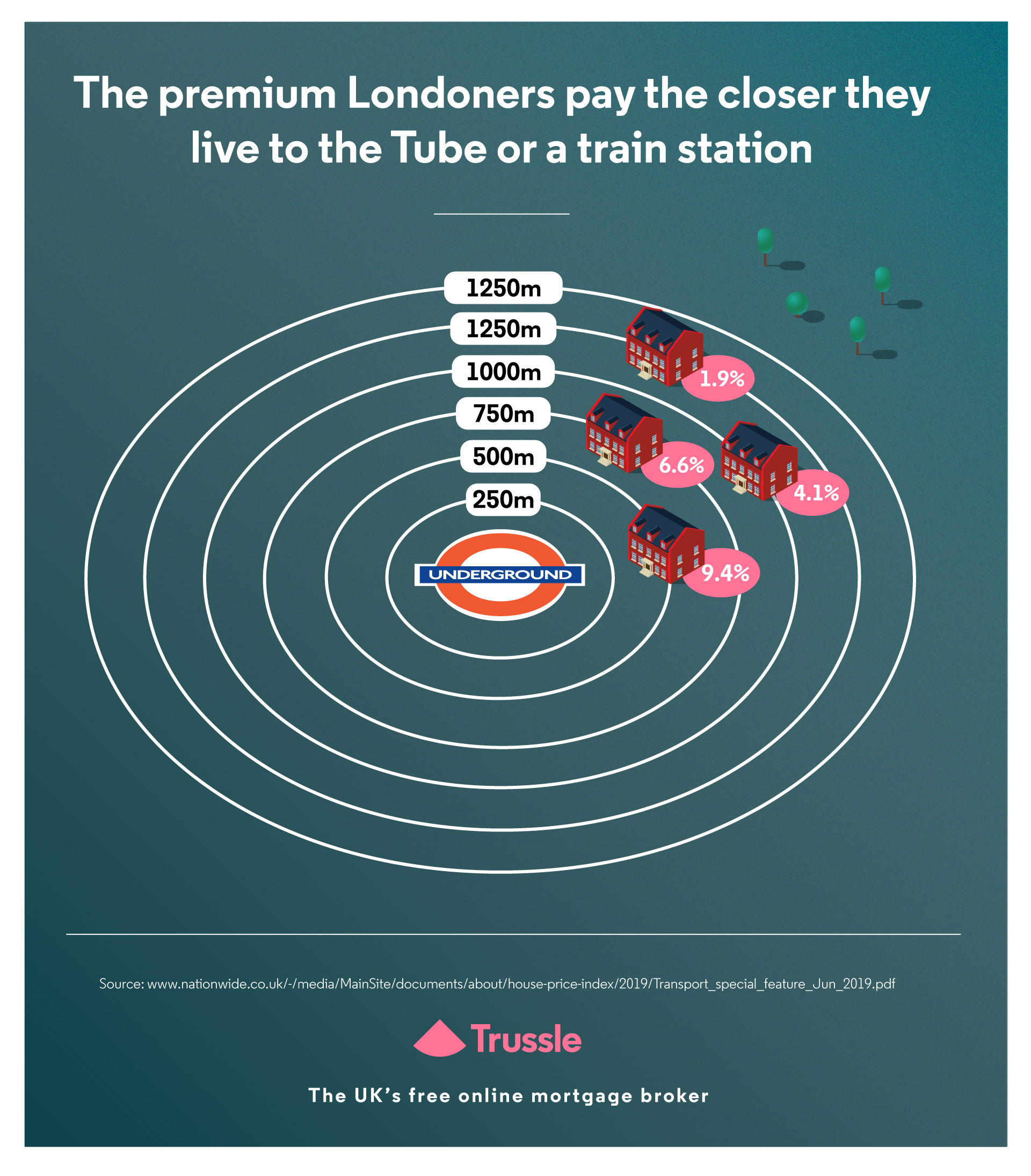 It’s nice to be able to nip round the corner to buy that essential bulb of garlic you forgot during the weekly shop. But how much is the convenience really costing you?

Interestingly, the premium was lower for regular stores.

Waitrose attracted the biggest premium amongst the national supermarket chains – £44k (12%) more than average house prices in the wider town, according to the same research.

The average price of homes close to a Waitrose was £420k, almost double those near an Aldi.

Parents would need to pay a £180k premium to buy a home near a top state school in England, our research found.

Homes with the same postcode of a state school rated outstanding by Ofsted had an average asking price of £427k last year.

That was 73% higher than the national average of £247k at the time.

Our analysis of Zoopla's asking price data showed that the most expensive areas to live near an outstanding school were almost all in London.

So if you’re looking for a home, and balking at the prices, check out the neighbourhood for anything that might be inflating the cost. You might prefer to walk a little further for your forgotten garlic.