From baby boomers to Millennials: how style shaped the home of your generation 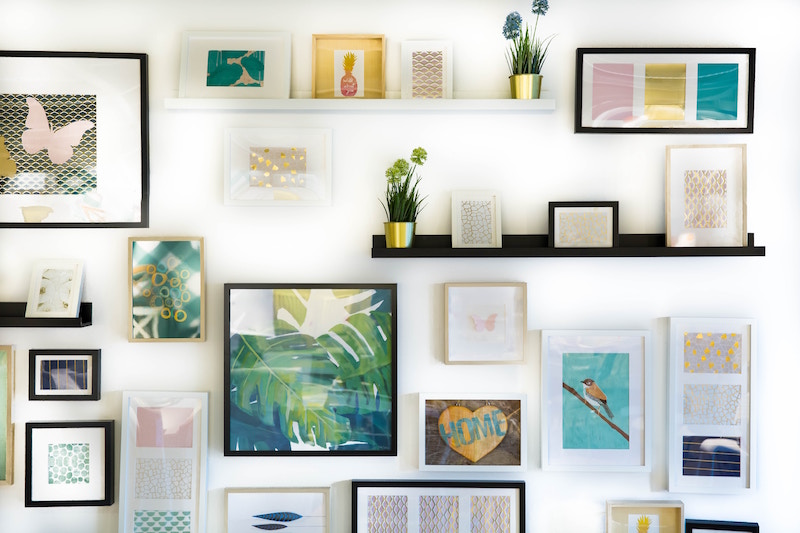 The last half-century has seen interior design experience many evolutions. While it gifted us Danish minimalism, industrial interiors, and contemporary luxury, it also presented us with some serious decor disasters.

Perhaps you fell foul of the 1970s trend for avocado bathroom suites, psychedelic wallpaper (in every room including the kitchen), and fully carpeted bathrooms.

Or maybe you were a victim of the decorating crimes of the 1980s. Entire homes laid out in primary colours (who said blue and green should never be seen?), floral print sofas, and plastic veneers on every visible surface. Hall carpet? Put a clear runner over it. Kitchen floor? Throw down a bit of lino. Worktops? Laminate them.

Or was it the excess of the 90s that got you? While we had more money, freedom, and inspiration than ever before, we were still severely lacking in both style and substance. Sponge effect painted walls (terracotta was a particularly popular shade) was a DIY design staple for much of the decade. For the more conservative homeowner, floor to ceiling beige – walls, carpet and furniture – was an appropriate alternative if coral daubed walls didn’t quite float your boat.

Not only has the last 50 years delivered an eclectic mix of styles and trends, but it’s also spawned three very different generations. The stylistic influences of the past few decades has been well documented, but what effect have our generational identities had on our design preferences?

We surveyed three generations and asked how their style has been influenced by their own generation and the ones that came before them. 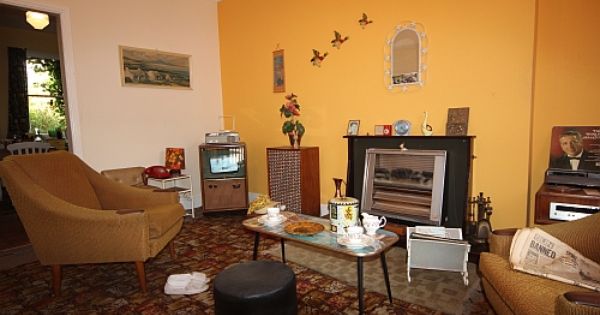 Dubbed ‘baby boomers’ due to the fact that they were the first generation born after the end of World War Two, they came into the world during a period of unprecedented economic growth.

As a result, boomers often had the advantage of having two incomes and were the first generation to spawn the ‘workaholic’ mentality. Their ‘work hard’ attitude afforded them the luxury of disposable income and they were one of the first generations to have spending power. They were heavily marketed to and eagerly bought into branding and imagery.

Their discretionary cash flow allowed boomers to indulge their materialistic desires and this was especially evident in their interiors. They decorated their homes to impress and often bought the newest appliance or best in brand just to show it off. Their homes often ended up cluttered with ‘things’ in an effort to project how well they were doing.

Despite their newly acquired wealth, boomers did inherit some of the previous generation’s appreciation for practicality and durability. While they are motivated by appearances and like to be seen to be keeping up with the Joneses’, they don’t mind spending a bit more on something they believe to be of higher quality.

They purchased, and continue to purchase, higher-end products and investment pieces like good quality beds, sofas, and appliances. They tend to stick to classic styles and hold on to their furniture for a long time, updating other elements of their décor to reflect changing trends and colour schemes.

While they have preferences of their own, boomers will often be influenced by what industry experts dictate as stylish or in good taste. And the industry, unsurprisingly, will usually err on the side of high quality and expensive.

Now aged between 54 - 74, boomers are in the autumn of their lives. For some this means downsizing their home and getting rid of older pieces in favour of more compact furniture.

Their preferences have changed in the sense that they are now opting for comfort, relaxation, and safety alongside aesthetics and style.

They’re generally opposed to the open plan layouts favoured by their younger counterparts and prefer the partitioned layout of their homes that can make them appear cosier and less vast.

Unlike their parents before them, boomers don’t tend to allow themselves to age beyond the functionality of their home. They have the means to convert bathrooms, fitted with showers and baths, into easily accessible wetrooms and move master bedrooms downstairs to allow them to continue living comfortably in their homes for years to come. 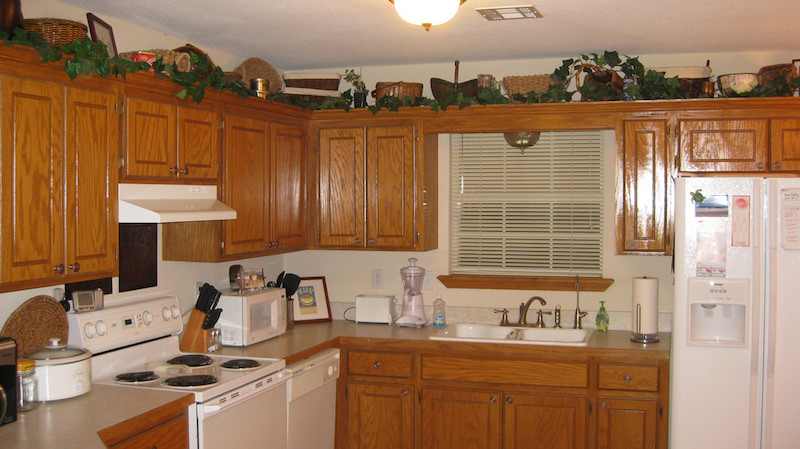 Sandwiched between Baby Boomers and Millennials, Generation X are often referred to as the ‘forgotten generation’. Born to ambitious, working parents, they’re also known as ‘latch-key kids’, the first generation to experience extended childcare or sibling care while their parents worked.

As a result, they grew up to be less focused on work and more considerate of an appropriate work-life balance. Their homes also reflect this attitude. While they aspire to a style similar to their parents, they’re less focused on appearances and their homes tend to be less cluttered as they shy away from material declarations of wealth.

It appears that Gen X have opted to have children later in life, in an effort to allow themselves to fully mature first. Most of our Gen X survey respondents didn’t start having children until they were in their thirties. By comparison, their parents were often married and having kids by their early twenties. As a result, Gen X tend to have a much more ingrained sense of their own identity and like their homes to reflect this. Their homes are less for show and more representational of their own personal style.

Many Gen Xers graduated during the recessions of the late 80s and early 90s so they know what it’s like to live without and tend to be a little more conservative when it comes to spending on their homes. They don’t aspire to shell out more than they have and are happy with homes that are functional and comfortable.

They value decor that allows them to live within their means rather than striving for an array of additional extras that would push them outside of their comfort zone. They lean towards designing their homes with family in mind rather than focusing on trying to impress people. Clean, simplistic, and cosy tend to be the style commonalities amongst this generation and many of our survey respondents mentioned that they wanted to avoid the “cluttered feeling” of their parents homes.

Gen X sits on the cusp of the digital revolution and, while they are not slaves to technology, they have added features to their home that allow for greater functionality. Tech-enabled appliances like smart fridges, motion activated lights, and energy-monitoring apps sit well with their sense of responsibility to their family and environment.

Unlike their millennial counterparts who often purchase for the sake of keeping up appearances, Gen Xers feel that these products add to their quality of life and enjoyment of their space. 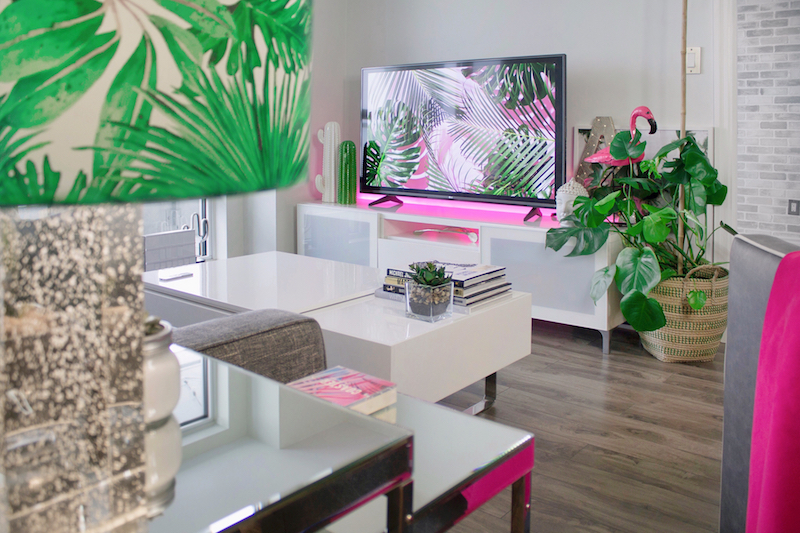 While they have more in common with boomers than Gen X, millennials tend to get a rough rap from almost every generation before them. They’re lambasted in the media for being narcissistic tech addicts and, while it’s not completely untrue, they’re also a result of the generation they were born into.

As kids of the 1990s, born between 1980 - 1994 and now in their twenties and thirties, they’re the generation who lived through the technology revolution. They’ve become so au fait with technology that it influences every aspect of their lives, including their homes.

As a result, millennials can often have a conflicting approach to their interior design. Due to their busy and connected lifestyle, they tend to favour functional open-plan spaces with neutral colours, soft lighting, and comforting textures – think cushions, throws, and inviting couches.

Their style is a fusion of minimalist design with personalised pieces and, while they want their home to be a relaxing environment where they can escape from the world, it’s also infused with technology.

For Azdeep, a thirty-year-old customer success manager, marrying his preference for minimalistic style with statement pieces and technology is easy. “I grew up with the first home and personal tech boom. So I like modern gadgets and adding them to my home”, he says, “I find it easy to marry my pared back style with technology whilst still keeping it very functional. I like that this is noticed and mentioned by guests when they visit.”

While it plays a big part in their interior design – smart TVs, home assistants, and smart fridges are the norm for many – technology has also provided millenials with an eclectic mix of inspiration when it comes to their interior preferences.

Much like their parents, they’re very image conscious and, thanks to social media, have taken “keeping up with the Jones’” to a whole new level.

Influenced by platforms such as Instagram and Pinterest, they’ll often aim to replicate imagery that they’ve seen online. And while they don’t mind spending to maintain their lifestyle, they’re not as well off as their boomer parents.

They’re known to substitute designs with less expensive imitations or copies in order to achieve the illusion of luxury. Often their interior style is aspirational and reflective of the life they would like to lead but haven’t quite yet achieved. Influenced by their successful parents, they want to emulate their style but with more subtly and personalisation.

However, as millennials mature and become more fatigued with keeping up appearances, their attitudes are changing.

Anna, a twenty six year old production manager, notes that her priorities have changed as she gets older and this affects how she uses her space. “I have come to realise that a nice, functional, dining space is important to me because I love to cook for people and have them over. A few years ago, I wouldn’t have cared about that and would happily eat every meal on the couch. As I get older, the ways in which I use my space are evolving and this affects my style choices. I’m beginning to realise the value of functionality over design”.

This article was written by Niamh Linehan, whose work has been published by the likes of Slack, Hootsuite, Deliveroo, The Independent, and Business Insider.