Mortgage adviser Joe is giving Pete a run for his money as the most fitness-conscious member of the Trussle team. After a short-lived stint working in the pinboard business, Joe became a mortgage adviser and joined Trussle so he could put his customers first. 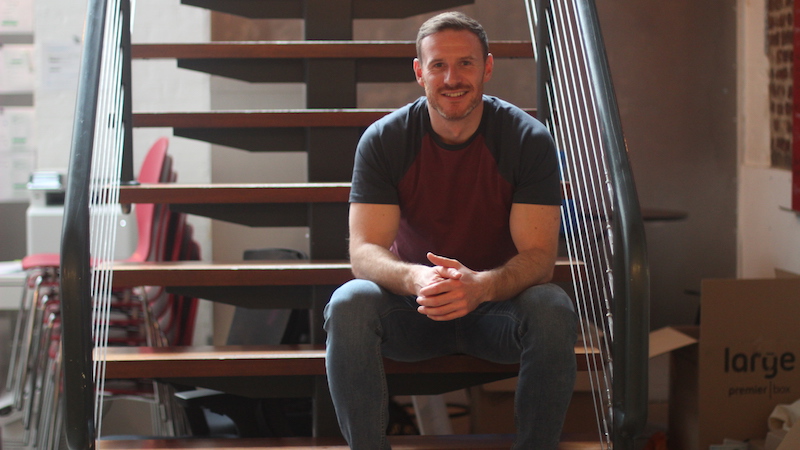 What attracted you to join Trussle?

I was interested in the new way of working at Trussle. I was working at an estate agent broker before and it was such an old fashioned way of thinking and working. The way we did things didn’t necessarily put the customer first; it was more to do with supplementing the sale. We were encouraged to do the job as quickly as possible so the estate agent could get their sale through. It’s so good to work somewhere that puts the customer first and where we’re not pushed towards buyers with bigger mortgages.

What’s your favourite thing about working at Trussle?

The atmosphere and company culture, including our Friday afternoon meetings - everyone gets involved in making the company what it is and helping it grow. When Trussle becomes a household name it’s going to be great to be able to say I was there from the early days!

Do you have any hobbies?

I’m into fitness and anything active, even if it’s just running around and being outside. My weekends often involve going out - I love live music so I go to as many gigs and festivals as possible. I grew up in the Cotswolds which was great until I was about 15, so now I live in London I’m always trying to do as many different things as I can.

If you weren’t a mortgage adviser, what would you be?

I’d love to be a scuba diver instructor. You just need the money behind you to do it!

How did you get into mortgage advising?

The same old story - I fell into it. I was away for about 26 months, travelling in the US, then living in Australia right by Bondi beach for two years before backpacking around south east Asia. I arrived back in London with £40 to my name which went in about two seconds, so I needed to find a job. I had a friend at Lloyds Bank who landed me an interview to be a mortgage adviser, I got the job and didn’t look back!

What was your first job out of uni?

I finished uni in 2008 and graduated straight into the recession. There were no jobs so I ended up working in a pinboard factory - not the world’s most exciting job, and I was doing the finishing. Then I was a fitness instructor in the evenings… It was manic! I knew I wanted to go away so I was focused on working as much as I could to get away sooner.

What’s the best part of your job at Trussle?

I love being in a position to help more people. At Trussle, I can completely focus on helping people find a mortgage, while when I was working at the estate agent, I had other distractions like trying to convince people to use us as their broker. Trussle takes out the sales pitch and lets you work on the part you’re meant to - finding people the right mortgage! I’d say that’s the best part of the job - that and being in the office which is good fun.

Foals. Although recently I saw DMAs, an Aussie band who I reckon are ones to watch.

Inspired by Joe’s story? We’re hiring! Take a look at our vacancies - we’d love to hear from you.