Meet The Team: Jonny A 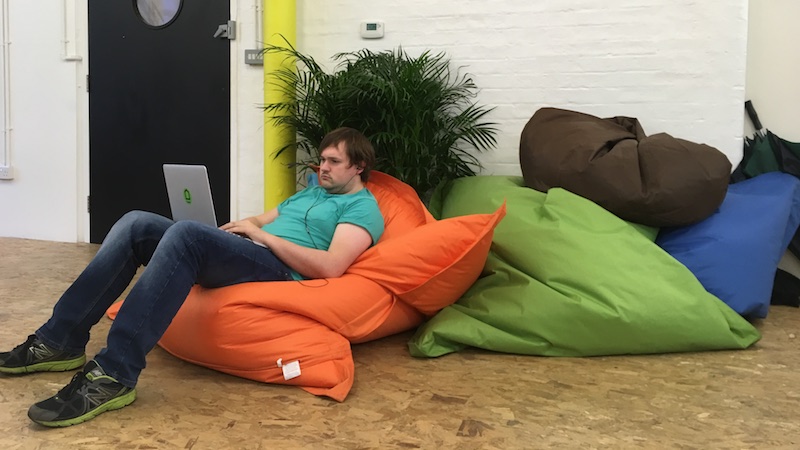 Jonny is a software engineer through and through, so much so that he even codes in his spare time. Jonny’s played a key role in creating the products we’ve released at Trussle, and has witnessed plenty of change in the 13 months he’s been here. After completing a Physics degree at Durham University, Jonny entered the world of engineering full time - although now from an office rather than his bedroom.

What have you achieved in your time at Trussle?

I was hired as a software engineer, so as you can imagine, I write a lot of code. I also did some design before we had a full-time designer - I wanted to join Trussle as I’m easily distracted and there’s lots of variety in the role. I’m interested in organisational happiness - not just building a company, but making one that everyone wants to be part of, and I’m lucky that I’ve had the flexibility to explore that.

How has Trussle changed since you joined?

Well we’re a lot bigger now - when I joined we were still based in one of our investors offices. It was a nice office, but when we made our 14th hire it was time to move - we were like goldfish crammed into two glass bowls.

Our branding has also changed, and we now offer Mortgage in Principles, which was a big release that took a lot of work. Growing a company involves a bit of a trial and an experiment, but over the past year we’ve learnt a lot about what our customers really want from an online mortgage brokerand we’re constantly improving our service as a result. We’ve also got lots more customers!

How did you get into software engineering?

By being a nerdy teenager - it’s a long story that started back in the 90s. I was always interested in computer games, and when I was 5 I got a Megadrive for Christmas that I played non stop. Aged 11, I got a PC with a program called The Games Factory loaded onto it, where you could make your own games - yes, that’s right - your very own games! I spent weeks making random stuff and having a great time, but I wanted to create my own interactive roleplaying forum and I knew I needed to be able to code to do it. So I taught myself with the help of the Internet, a few books, and a lot of hours spent in front of the computer.

After studying Physics at Durham, I became an engineer full time. Physics and programming are quite similar - you have a problem, then you have to use the tools you have to solve it.

Is there anything people would be surprised to know about you?

I’m a radio presenter on a little internet station called The Mix Radio. I got into radio at uni - I was pretty shy in first year and wanted to improve my presentation skills. I paid the joining fee, gave it a try, and I’ve been doing it ever since. The trick is to not take yourself too seriously!

What’s your favourite piece of technology now and in the future?

Mobile phones have done crazy things for the world. Who’d have thought that we’d all be carrying computers in our pockets - now you can release something, and everyone has a version of it immediately, wherever they are.

Looking towards the future of technology, I love everything that Elon Musk (owner of Tesla) does, especially with SpaceX (basically a let’s-go-to-space-on-the-cheap mission). He’s an inspirational person with mad ideas and the money to execute them, and his company is actually trying to improve humanity. It’s really exciting to watch whatever comes out of his brain.

Inspired by Jonny’s story? We’re hiring! Take a look at our vacancies - we’d love to hear from you.