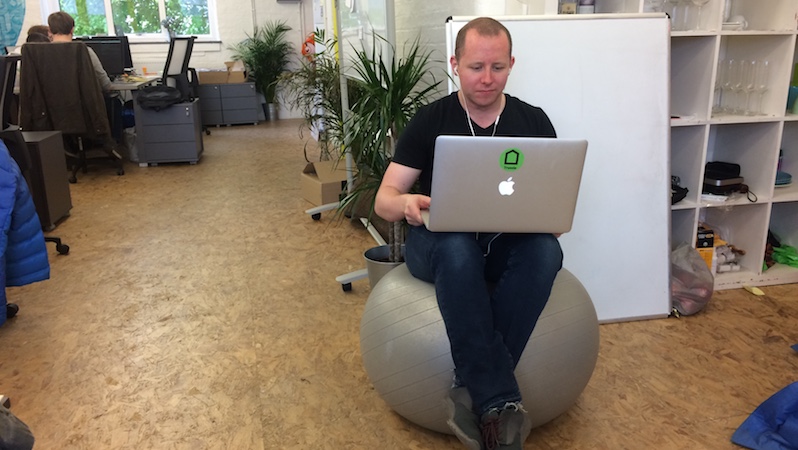 Trussle’s Head of Engineering Pete hails from Dublin and joined Trussle back when we were a three man band! An avid golfer, we’re lucky that Pete decided against pursuing golf as a career - he’s been with us from the start, building the Trussle we know today.

What brought you to Trussle?

A couple of years ago I was ready to leave my job. I was nearly 30 so I thought I might as well try working at a startup, thinking that if I didn’t take the risk now I never would. I was introduced to Ishaan (Trussle’s founder) through a friend - we had a few chats and Ish explained the many problems people faced when getting a mortgage. I knew of friends who had had similar negative experiences trying to get a mortgage, so I thought yes, this is a problem that needs to be fixed - let’s fix it.

What does a typical day in the office look like?

The short answer is that there is no typical day. Right now we’re in a pattern of having a daily team stand up where everyone shares what’s on their agenda for the day. Then we head off back to our desks to do some work. Ideally I’d be coding away but more often than not I’ve got other jobs to do, like looking at hiring and thinking about how the code we write will respond to more engineers working on it in the future. It’s important to balance making something quickly with making something that takes longer, but will scale better in the future.

Any advice for the budding software engineers out there?

Make sure you’re learning by example - it’s good to be hands on, learning practically from the start. Lots of engineers do these bootcamp courses where they’re taught how to use the right tool, but not why it’s useful. Learning why we use the tools rather than just using them means you actually understand what you’re doing.

Learning maths also makes software engineering life easier. Although it’s not directly related, developing your maths skills will help indirectly. The main skill isn’t coding, it’s problem solving, so anything that helps with that (which is maths in a nutshell) is a good thing.

What did you want to be when you were younger?

A space cowboy? I went through a lot of phases, but most of the time I wanted to be a professional golfer. I started playing with my dad when I was 15 and seemed to have a knack for it. I don’t play as much now - there’s less access to golf courses in London than in Dublin.

What’s the best thing about working at Trussle?

It might sound cliche but watching the company grow is really cool. It started off as three of us in the back of a room in Shoreditch, and now it’s grown into a real company. It’s good to think back every now and again to those days (which weren’t even that long ago) to realise how far we’ve come.

How do you spend your spare time?

I do a lot of exercise - I run and go to the gym most days. I’m really competitive so I like playing all the sport I can. I also read a fair bit - recently I’ve been looking more into meditation.

How would you compare Dublin to London?

The most obvious difference is the size. London is so much bigger than Dublin, and it feels it. There’s a slightly different culture too, which is think is true of a lot of cities compared to London. London’s very fast paced and people look inward a lot, whereas in Dublin, a taxi driver will manage to tell you his life story even if you’re only in the car for five minutes. Unsurprisingly, the Guinness is also way better back home.

What excites you most about technology?

I’m interested in the areas around automating intelligence. We’re essentially in the alpha test phase of self-driving cars - if the current trends and advancements continue, I think eventually almost everything will be automated, or at the very least extremely deskilled. It’s happening already - 10 years ago being a London taxi driver was a hugely skilled job as drivers needed to know their way around every street in the city. Sat navs have now taken away the need for that local knowledge.

Development has been affected too - basic HTML and javascript skills were a big deal in the 90s, but companies like Squarespace have taken that market. How we deal with increasing automation will be the interesting part, as it becomes more of a moral question.

Memphis Meats are doing some really exciting work - they’re looking at producing meat without the animal by culturing it in the lab with animal cells. It’s kind of doable now, but a burger sets you back around $15,000. Once they manage to scale it, it’ll be world-changing.

Inspired by Pete’s story? We’re hiring! Take a look at our vacancies - we’d love to hear from you.